The Wonderful Belgrade to Bar Railway (from Podgorica)

Trains are fun. And if the reports on travel sites as disparate as the Guardian and The Daily Telegraph and the “how to” sites like the incomparable Man in Seat 61 who all say that the rail journey from Bar to Belgrade, (although I did join it in Podgorica rather than at the coast), is one of the most scenic in the world, who am I to argue?

Well, I did argue slightly, and in a fit of “proving it to myself” decided to go and see.

The tricky part seemed to be access to the train. Having found out from my friend and railway guru Andy Brabin that the journey was best approached from the south, and further learned that the Adriatic terminus at Bar was difficult to get to and that the first hour of the journey over the littoral was less than exciting, I decided to start the ride in the Montenegrin capital of Podgorica.

Podgorica can hardly be described as beautiful. Having survived countless onslaughts, bombings and razings a staple fate of much of this region, it is now an administrative centre of concrete. More concrete than you could imagine; shabby concrete, flaking concrete, heroic concrete, contemporary concrete, Soviet concrete, concrete in fifty shades of grey. I stayed the night, in the superb Hotel Terminus, and left as the sun tried to rise.

This was the first real leg of my journey of discovery through the Western Balkans. From here to Belgrade, then into Bosnia to visit Sarajevo and Mostar, and finally to Kosovo. All places that I had heard about many times, but never really knew how they fit together. Perhaps now I would.

The day dawned sullenly, and the prospect of glimpsing the stunning scenery seemed terribly optimistic. Low clouds set drizzle down everywhere, and the small crowd, huddling under an awning on the platform, seemed somehow resigned.

The train arrived; a touch shabbier that I was expecting, but hey-ho, ten hours on an elderly suburban train couldn’t be that bad. I had hoisted my luggage aboard with, I thought, a rather imaginative hoist, and settled into my seat. I considered the train, and then the other passengers who seemed in no hurry to board. Realising that I had actually boarded an elderly suburban train readying itself to chug off in the opposite direction, I got off, just in time to see the little train that probably could, chug off to the coast.

This was not the Belgrade to Bar train that I was so eagerly anticipating.

Our train arrived, and by comparison, it was luxurious. Few passengers boarded, and it was to my great fortune that I settled in a compartment with Krsto Perovic, a fascinating man, and a specialist in Balkan Security issues, whose company proved to be completely absorbing, and who made the day exceptional.

The track rises fast as it leaves Podgorica. The scenery, seen through a prism of drizzle and murky windows hinted at the spectacular.

The first section, the 175 kms that run through Montenegro reaches its highest point of 1,032 metres at Kolasin, some 80 kms from Podgorica, requiring some pretty aggressive engineering to haul the train up to this height so quickly.

The line was started in the 1950s, but not completed and officially open until May 1976, taking over twenty years to figure out the endless problems that were encountered. 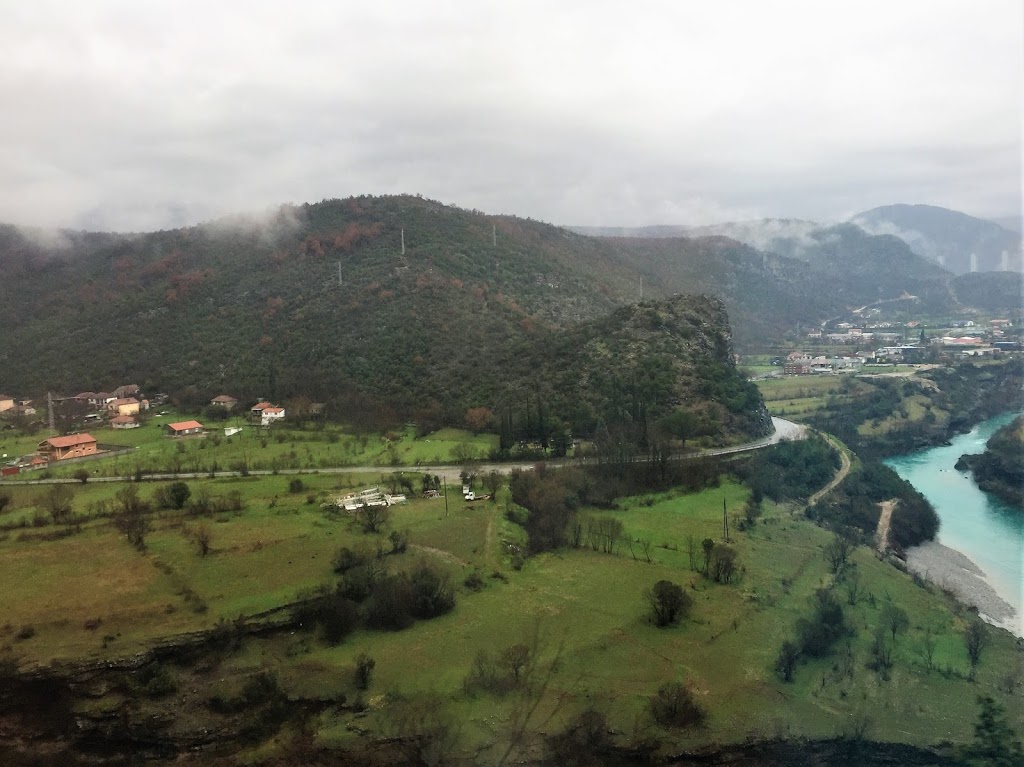 The “Belgrade to Bar” is a magnificent railway. 254 tunnels and 435 bridges make the route possible, including the incredible Mala Rijeka Viaduct that soars 198 metres above ground level. Krsto and I decided that we, and the rest of the travelling public, were fortunate that we had had nothing to do with the construction.

Our conversation ranged widely, as one would expect. The West Balkans are a serious and complex region, and their intrigues and machinations form an intricate web.

Who knew that there were so many kinds of Croats and so many strains of Serbs? Who knew that the embers of idiosyncratic conflicts of the seventeenth century were kept burning so long?

Who could have foreseen the evolution of the Yugoslav Republic (less a country that I had always imagined, and more of a confederation of both logical and artificial components) would inevitably lead to the ghastly conflict of the 1990s? Who could image that the Montenegrins would add two new letters to their alphabet while the Croats were losing a couple in a federal attempt to synchronise the transcription of the Latin and Cyrillic scripts? 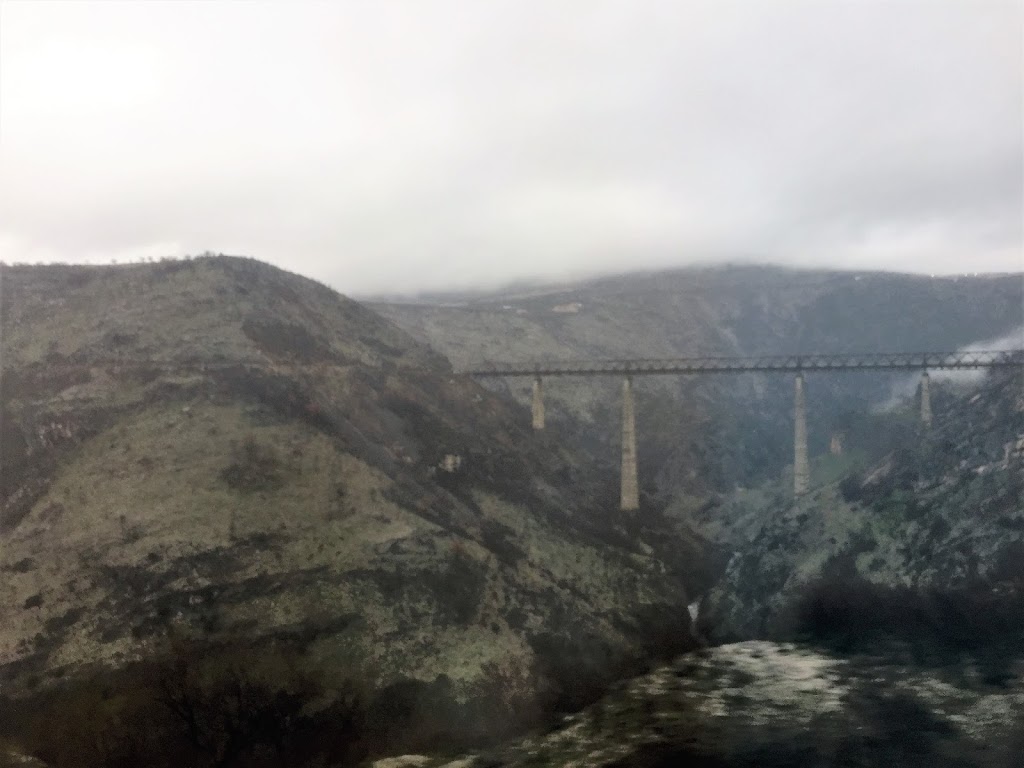 The region is a miracle of diplomacy, military might, ancient tribal instincts, mad geography and an uncaring and bored outside world; it is still a world of Ottomans and Hapsburgs, Russians and Westerners, of fact and fable and of both official and dubious wealth; it is a cauldron of intrigue, and the more nuggets that Krsto let drop, the more fascinated I became.

Periodically, like a temporarily lifting mist, I thought that I glimpsed a wide and comprehensive picture of the Balkans, but just as I felt the illumination, the mist dropped back in place, time again became irrelevant, the centuries piled up against one another and I had more questions.

The land flattened as we entered Serbia, and the scenery more pastoral as we hurtled toward Belgrade. The site of substantial towns, now lost without their centrally-planned factories are losing population fast as the young head to Belgrade. One can see this loss in the partially finished buildings, empty playgrounds and shuttered shops.

The journey was comfortable; the dining car a delightful throwback to the 1970s, including the complete absence of food (not counting a pair of dried Wonderloaf slices imprisoning a sliver of rather dubious “Cheese Food Product”. The coffee was good, the change of scenery was pleasant, and in any case, forewarned of the train’s culinary deficiency we had brought our own food along.

We reached the Belgrade suburbs on time; ten hours had passed by in the blink of an eye. Ranging conversation with an interesting companion is truly one of life’s treasures, and today I had won that particular lottery. However, as we started to collect our bags, it came as a small surprise to be advised that “the railway has run out of electricity for the moment”. Or at least, that is what I gathered from Krsto’s simultaneous translation.

And thus it was; nighttime, and more importantly dinner time, saw us with two bonus hours on the rails, waiting for sufficient voltage to be generated to push us along the last 10 miles into town. We waited, chatted, ate the last of our curious, man-made picnics, until with a small lurch we started forward. Riding the surge of the fresh energy gushing through the overhead lines, we sped all the way into the Belgrade Central station.

It was a very fine ride indeed, and without doubt the best €23 (€20 for the ticket and €3 for the seat reservation) that I have ever spent on a train ticket.