Visiting and exploring Belgrade is not a simple undertaking. It is not conventionally beautiful nor immediately obviously laid out; it is scruffy and moves quickly, and has fewer old parts to it than one might have initially thought. It is, however, a city that wears its soul on its sleeve, and with a good tour guide, who can point out those bits that an individual might simply stroll past, the city’s rich and challenging history can come alive. However, in my exploration of the Western Balkans, Belgrade is a vital and fascinating stop.

Belgrade reminded me of one of my favourite editorials. In The Financial Times in March 2006, Nico Colchester wrote “Crunchiness brings wealth. Wealth leads to sogginess. Sogginess brings poverty, Poverty creates crunchiness. From this immutable cycle we know that to hang on to wealth, you must keep things crunchy.” 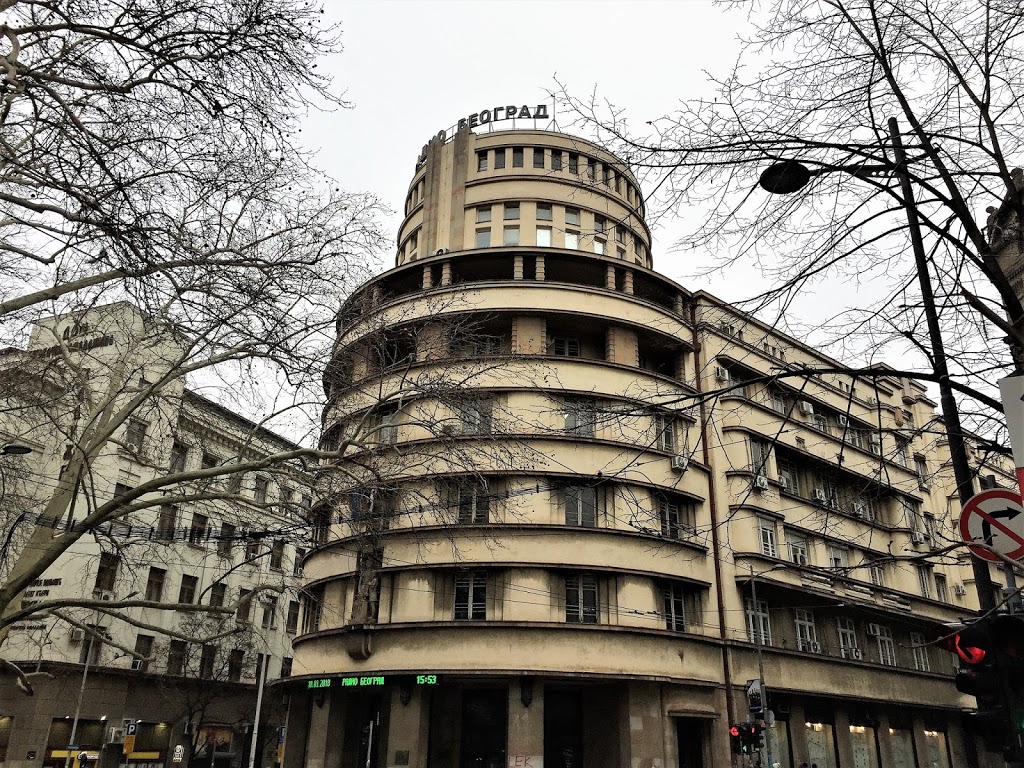 It has reason to be so, of course, and to hear its history, potted into a four-hour tour by my guide Vladimir, makes one pause for thought. It is a history of conquer and reconquer; a history of occupation, siege and battle; a past of violence, mayhem and of continuous change. Belgrade’s historical oscillation between the Ottoman and Hapsburg empires sounded so frequent in the telling that there seemed scarcely time to clear up before the next army arrived. It quite left me giddy.

It was not quite like that, of course, but the destruction that heralded the arrival of the new landlords left little antiquity in its wake. Destruction, and obliteration of the marks of the Other Religion were the order of the day. A fine mosque remains, sitting coquettishly at an angle to the street’s grid system telling of its existence before the roads were designed; bits of the magnificent fortress have been found dating back to the Romans, a conquering force that lay outside the scope of my four-hour walk. The walls of the castle expanded, contracted, blew up and were modified a dozen different ways before its current peaceful outlook over the two rivers that mark Belgrade’s soul.

I like the fortress; it is grand and open; the parks within and without the walls offer wonderful spaces for families to frolic and lovers to wander. The views are terrific, and lying, as it does, at a reasonable altitude, the views are most pleasing. It is from here that one can see the sprawling “New Belgrade”, built during the communist period, and consequently devoid of much architectural interest or colour. And, tucked in between the endless apartment blocks, the old town of Zemun, absorbed into Belgrade in 1934 but dating from Neolithic times. It seemed like a logical place to visit the next day.

And so, having ascertained that I could reach Zemun by a combination of two buses (the numbers 65 and 15, if you must), I set off from the hotel. Catching buses is relatively simple; buying tickets is not. Public transportation the world over seems to engage purchasing systems designed to mystify. There are individual tickets, day and week passes, group tickets, old peoples’ tickets and many, many more varieties, usually only described in the native language. Then the question of where to buy arises, and usually this is not on the bus itself; in the case of Belgrade it is form one of the many small tobacco and drink kiosks around, as I discovered too late.

Boarding the first bus I tried to give money to the disinterested driver. He shook his head, other passengers tutted and I got on hoping that I would not come face to face with an inspector and we took off hastily. Belgrade bus drivers drive very fast indeed, swinging their bendy buses wildly as they race to the next stop. One can only image the first day at their driving school.

Reaching the second stop, and my point to change, in warp speed, I got off and looked around. I then missed the next bus because I hadn’t noticed that the number (15) was in shaded digits on my stop, indicating a night service, while the daytime stop lay twenty feet away. I noticed only when a large, yellow number 15 bus screeched to a halt and then seconds later took off in a cloud of dust. There was another a few minutes later.

The directions I had been given were not entirely accurate. “Keep on until the end of the line”, I was told, which I did. The end of the line, however, was deeply uninspiring. “Zemun Novi Grad” it was, and even my sparse Serbian told me that this was “Zemun New City”, not the quaint old village that I was seeking.

Novi Grad wasn’t even new; it might have been in about 1970, but now wore the dejected air of a place that knows it will never be shiny again. I looked around and saw another bus (a number 46), jumped on and away it roared; I didn’t really know where we were going, but it couldn’t be less inspiring. As it happened, it careened its way through the suburb before tossing me out by the river and in the Zemun that I had wanted to find.

It was quite lovely. Restaurants, bars, cafes and houseboats; a fine variety of buildings that dated back up to a couple of hundred years, and again the Belgrade sense of soul and vitality. I loved it, even the biting wind. The market was just closing, but as they tore it down for the week, the constant conversation and banter of Belgraders kept me amused. I didn’t understand a word, but laughing and joking around needs little interpretation.

It is the buildings of Belgrade that will stay in my mind. They are a wonderfully confused and eclectic reflection of the city’s history. In the older part of the city there are fine examples of Art Deco, some delightful public buildings from the 1950s and apartments from the 1970s that show the peculiar little flashes of fun that must have lit the otherwise bland life of a communist architect. A fine collection; some crumbling, some restored and some seeming to wonder about their future. Belgrade is a city of motion and of people, and one that will hurtle its way through the next few hundred years of history taking whatever comes its way.

Belgrade is crunchy; and well worth visiting. 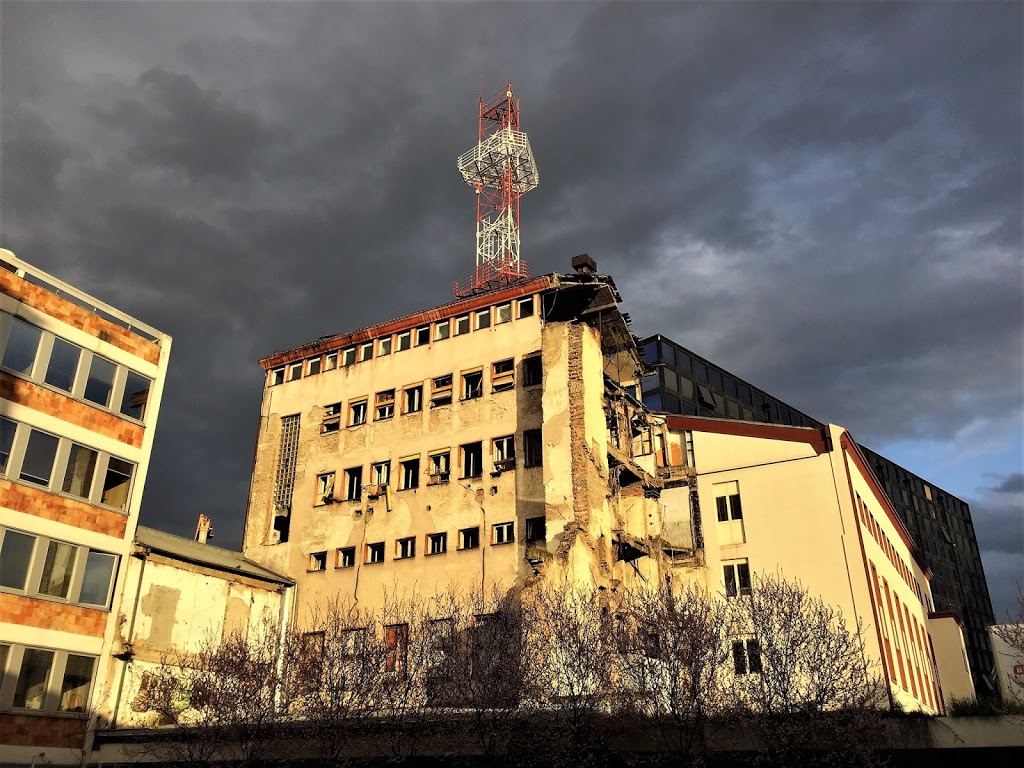 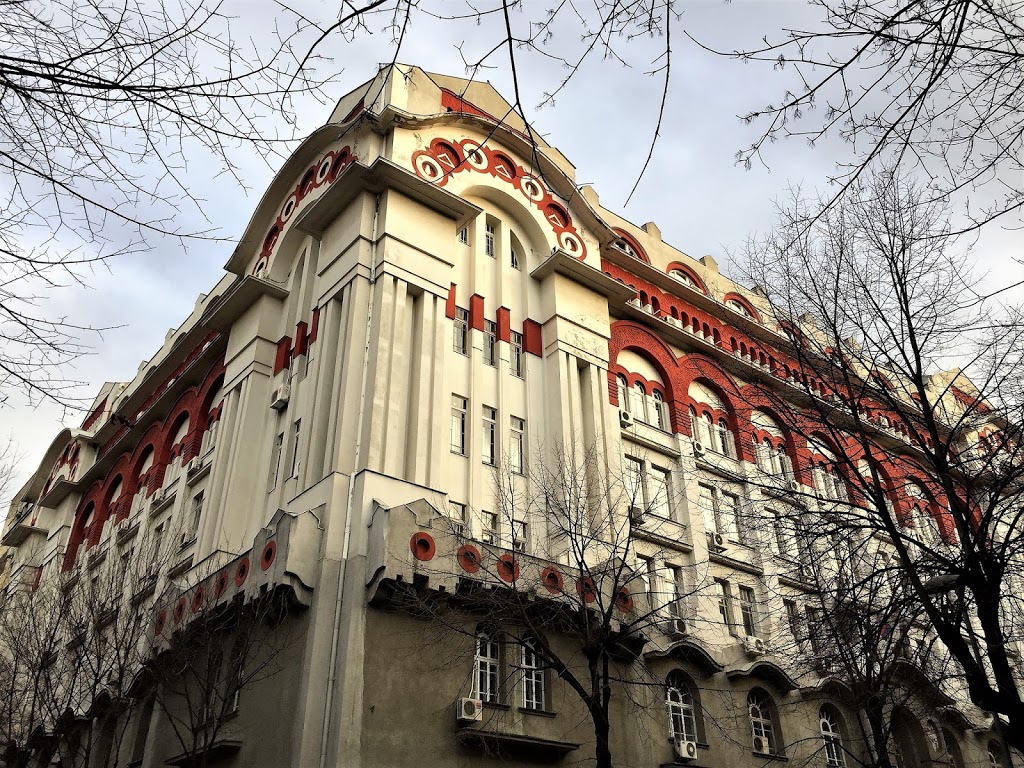 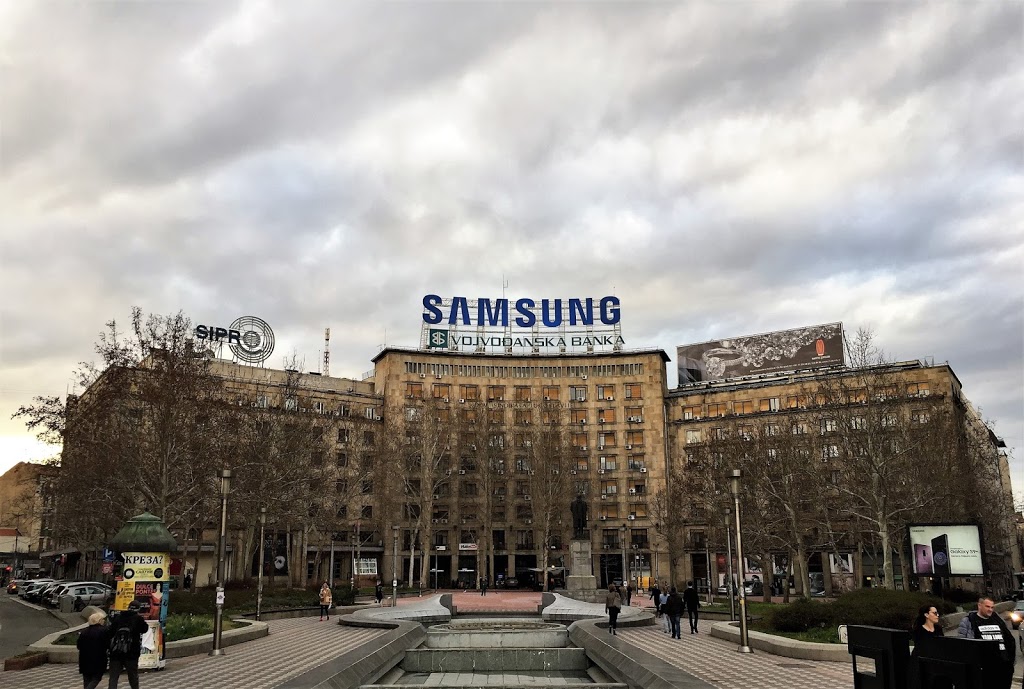 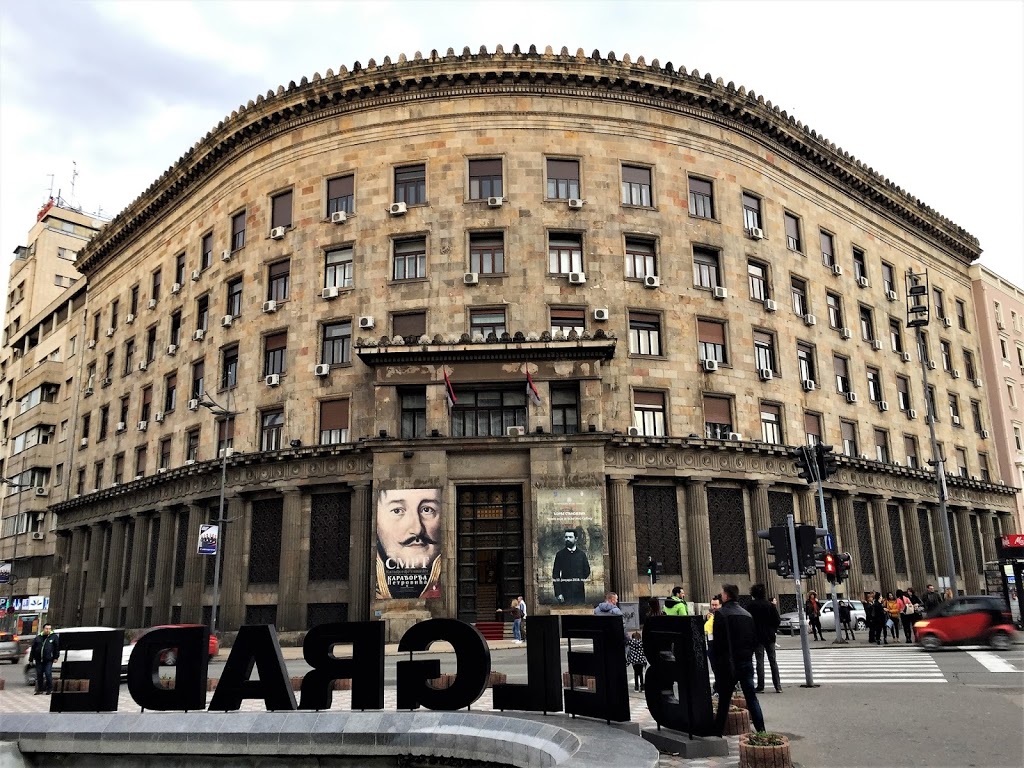 Some images of Central Belgrade