Xinaliq; A jewel in northern Azerbaijan

What do you immediately think of when I say Xinaliq? Or Azerbaijan? 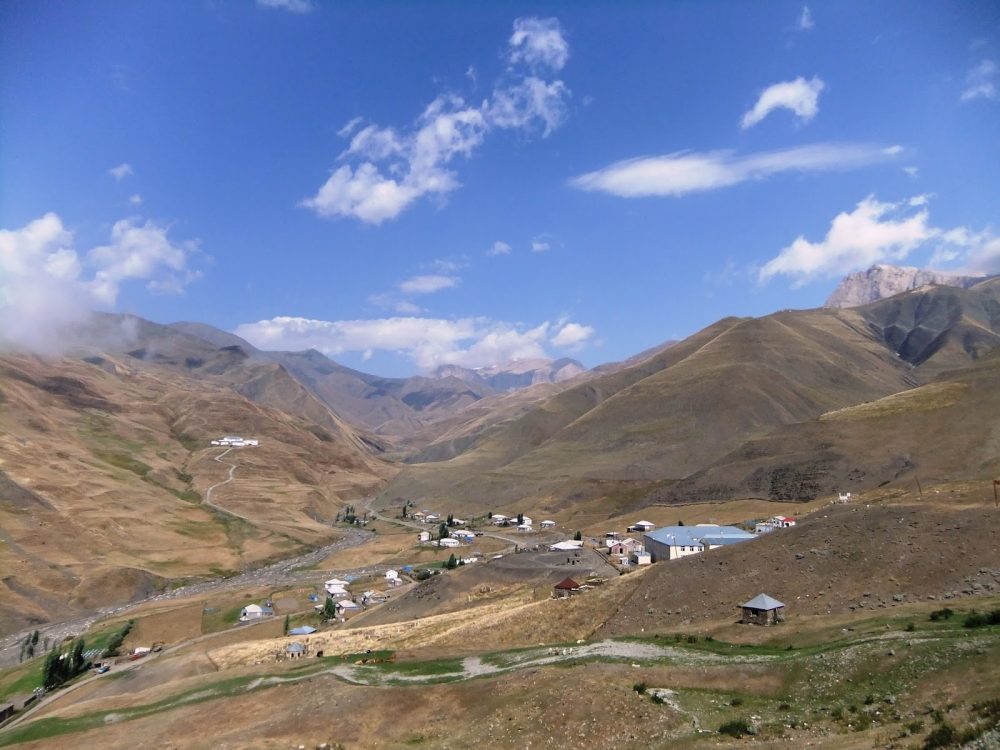 I am back in Azerbaijan, having been here in November at the end of a bit of an ordeal on the Black Sea; the sailing from the Ukraine actually took four days longer than planned, and as a result, my planned stay in Baku was significantly curtailed.

So taken was I on that first whirl-wind tour that I determined to come back this summer; with the family to enjoy a faintly peculiar summer vacation. And Baku is the second stop, after a few days in France and the day to Andorra.

We headed north from Baku this morning heading to Xinaliq, high in the Caucuses Mountains and only a few kilometres short of Dagestan, just over the Russian border.

The road from Baku north to Quba was fairly uninteresting at first as we headed through the dry and dusty plains that surround Baku; soon enough though, the vegetation turned toward green, the road started to climb and soon enough we passed through Quba, a major and rather attractive town.

From there the road passed through a miscellany of tourist attractions ranging from stunning mansions built by Azerbaijan’s elite, to some rather down-at-heel ex-Soviet fun parks; tea under the tree, nature walks, astonishing looking camper-vans, sad and overgrown swings; that sort of thing.

But we continued to climb, and left the vast majority of folks behind; and climb we did. Higher and higher, the road twisting and falling, following a river-bed that told of torrential spring run-off. Higher and higher, then swooping back down into the valley before climbing back to 3,000m for the final run to Xinaliq. 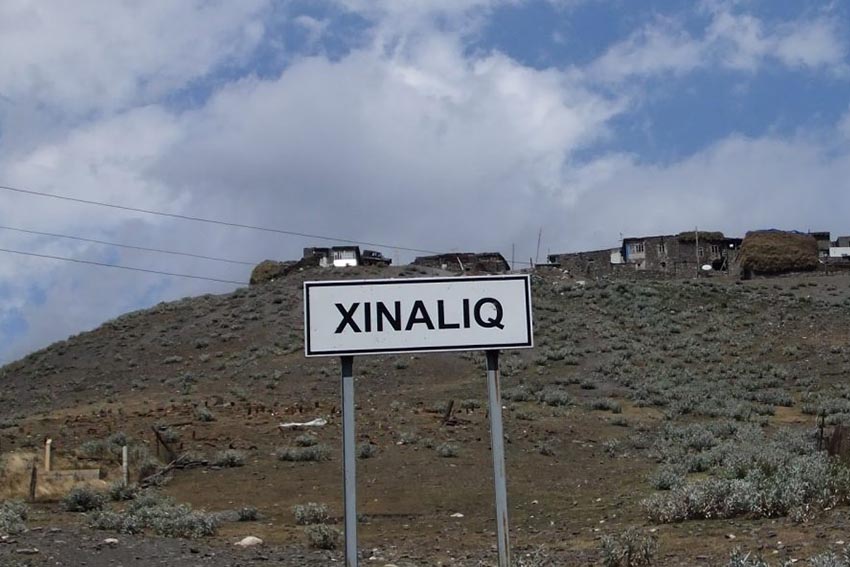 Xinaliq lies on the top of a hill, and offer s 360⁰ views of the surrounding peaks, soaring thousands of metres higher in each direction. Clouds skid off the peaks revealing stunning, raw heights and deep valleys that are home to so many of the various nations, ethnic groups and races that make up the mosaic of Caucasian peoples.

The community of Xinaliq has been isolated; the road was only completed in 2006, and prior to that only accessible by horse. Yet it boasts a population of about 1,700 in the summer, and 800 year round; all, or at least almost all, living from the land.

Herding thousands of sheep and cattle, and harvesting some herbs from the high mountain plateau; local cheese is ubiquitous, with a deliciously sharp and salty flavour; a sour-cream cheese is wonderful on their homemade bread, and accompanied by tea, some tomatoes and cucumbers imported from Quba we lunched well with a local family who asked us in.

Lovely people; their house was spacious with three separate bedrooms, a dining room and a small entry room that doubled as a kitchen. Three generations of the Oriçug family lived there now; a strikingly handsome patriarch with his beautiful smiling wife, their sons, daughters-in-law and grand children.

The community’s craggy perch means that it is impossible to build roads within it as they tend to get swept away by the melting spring run-off; spring here is in late June, and the first snows can be expected by the end of August. Although, they mused, global warming has meant that the first snows may now not come until September, for them, a welcome relief.

Xinaliq is a community so remote that they have their own language, unrelated to Azeri; they dress differently, and colourfully, and all seem to smile contentedly and with a quite genuine friendship. 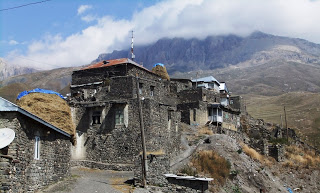 In ways, Xinaliq is the quintessential Caucasian community, and represents exactly why I am so enamored by the region; it is home to tradition, kindness, and a travel destination unpasteurized by the relentless tide of consolidation and growth. 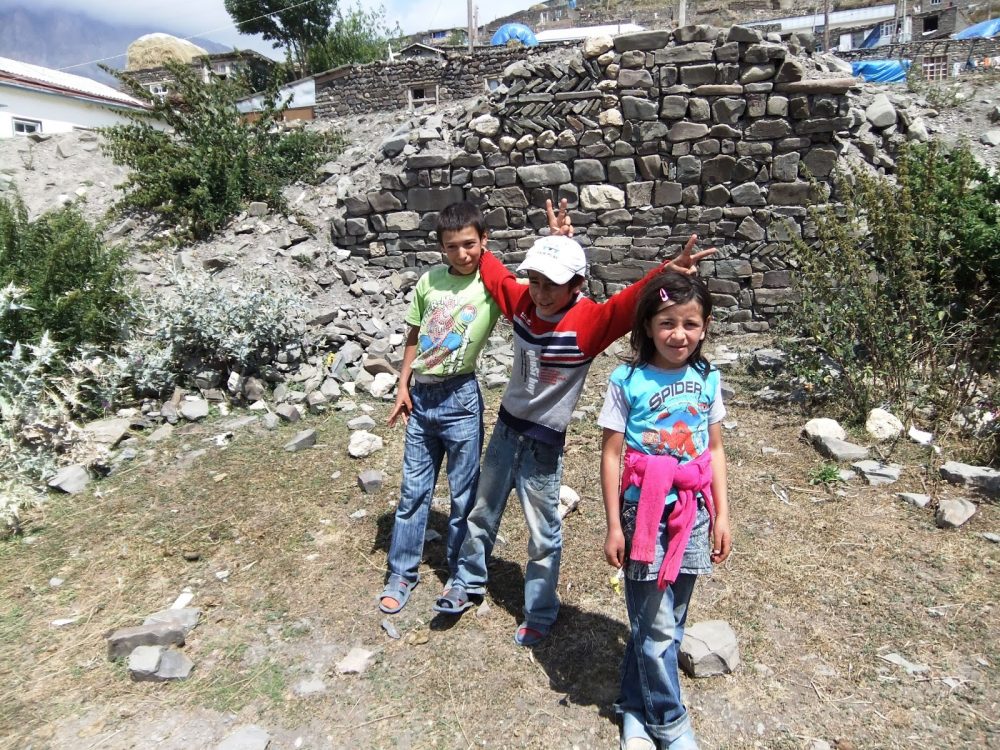 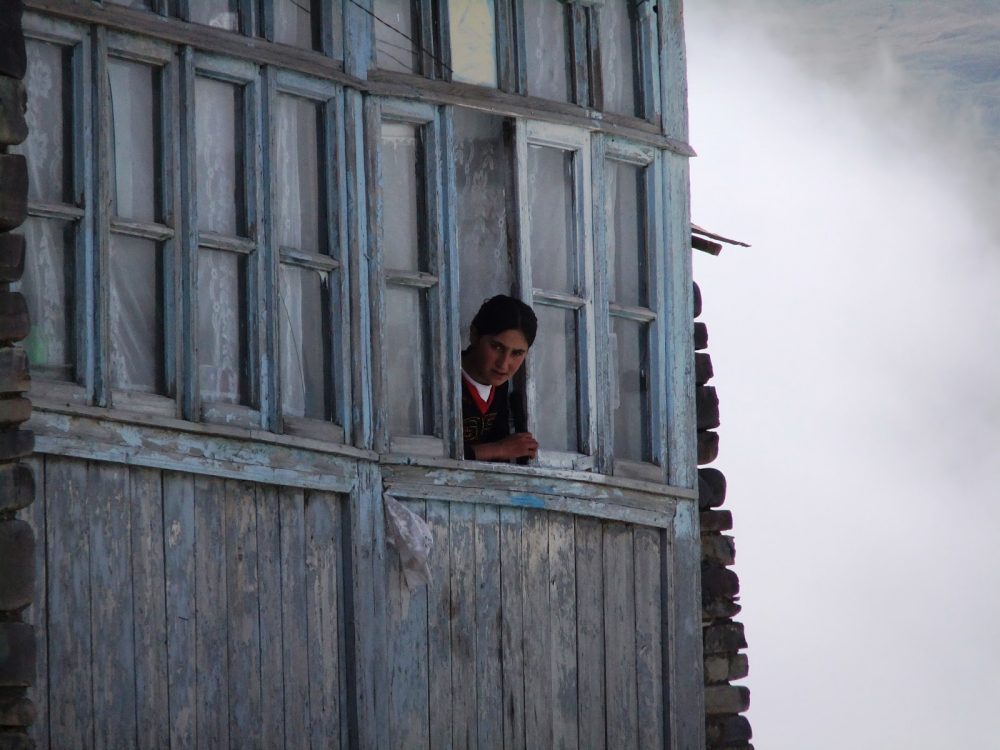 Although, I have to add, we did watch news of the Australian general election on their television.