Tunis and Western Sahara lie at the opposite ends of the massive Sahara Desert, and visiting them both in one journey was a treat

North Africa, it is safe to say, is not the tourist industry’s flavour of the month. It is a region whose visitor numbers have dropped dramatically in the past couple of years, in Tunisia and Egypt in reaction to a few dreadful incidents and in Morocco in the fear that terrorists will strike there as well.

The fear is real. Although we all try to say that “They won’t make us change our lives”, the reality is different. The major tour companies, whose insurance carriers among others are dissuading them from offering holidays in the region, are building their capacity to Thailand, Mexico and the Caribbean as alternatives, and the tourists will go where there are seats and beds. Our lives are changed.

Wandering through the Tunis souk was a sobering experience.

Tunis is a gracious, friendly, interesting, clean and most civilised place; it is a city of extraordinary cultural and historical depth, of fine architecture, of wonderful shops, of extraordinary sights and a quirky and mesmerising medina. It is also a city of thoughtful and extremely well educated people who wonder what has happened to their lives and their livelihoods. “You are only the third or fourth tourist I have seen today”, one intoned, and even allowing for a salesman’s hyperbole, it was already four o’clock in the afternoon and by now he would normally have seen dozens. 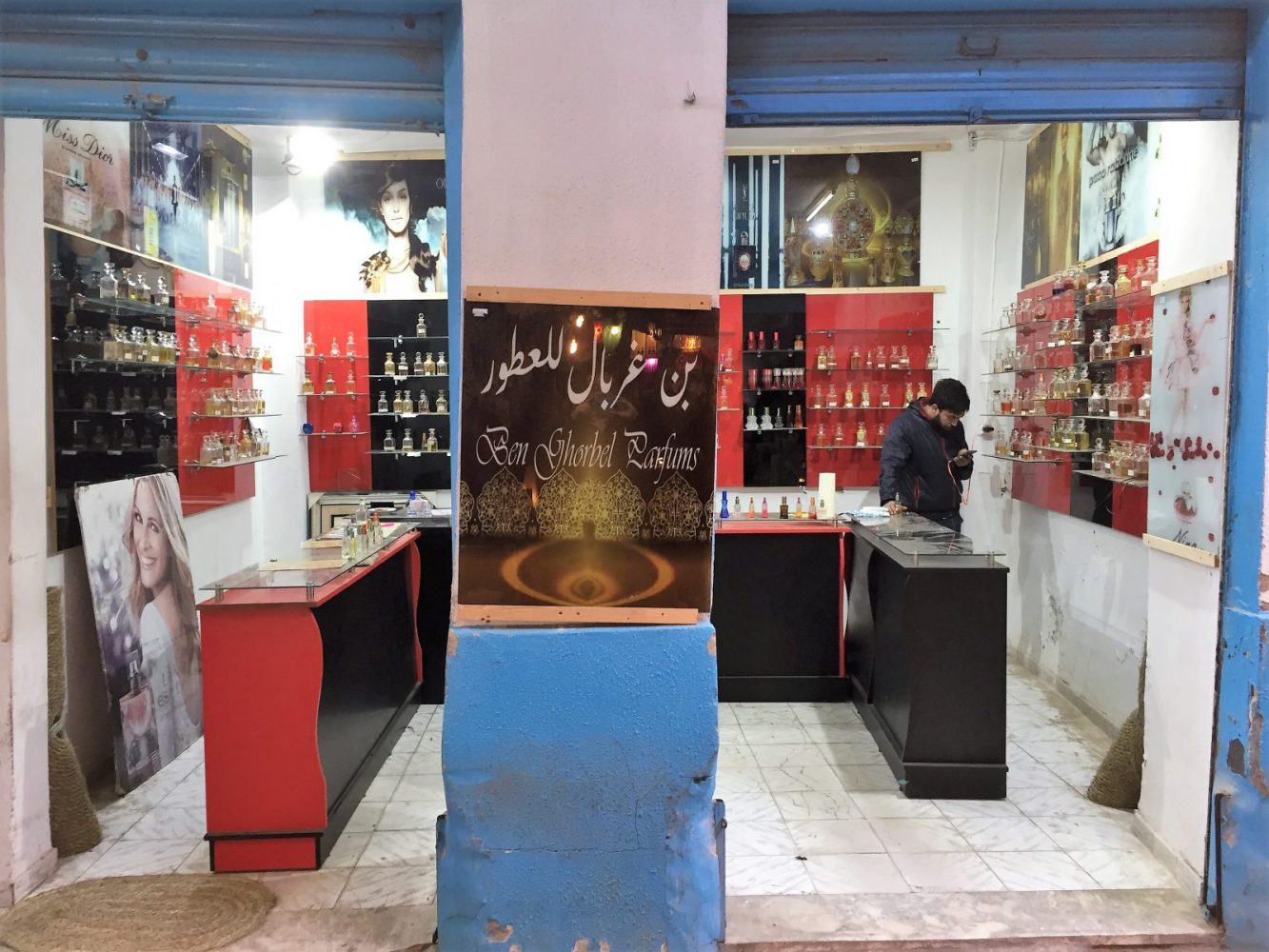 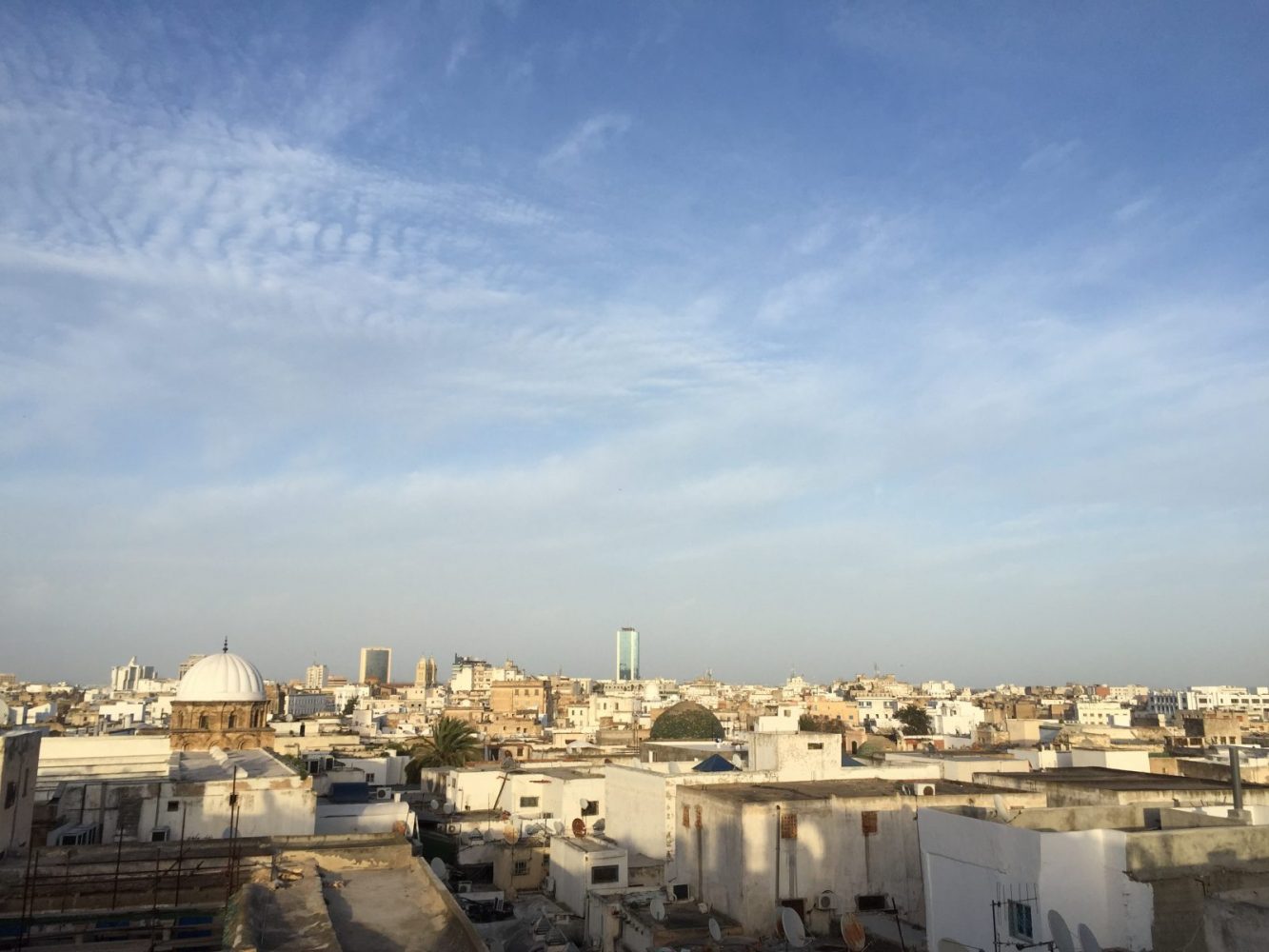 “Will you tourists ever come back?”, he asked me. I don’t know the answer, of course, but to judge from feeling the city the lack of visitors is causing a palpable distress. I didn’t visit the tourist towns in Tunisia, but a few days later did visit Agadir an important tourism destination and indicative of the decline in the Moroccan tourism industry. Although not as bad as Tunisia, the Moroccan industry is way down; officially, it is only off a little, but talking to the restaurateurs, guides and taxi drivers the story was quite different. Agadir was empty, and even given that this is a slow time of the year, the number of shuttered shops, tumbleweed strewn restaurants and clearly decaying hotels was startling and told a vivid tale.

The street vendors’ persistence was sharp and all around one could feel concern; the deliberation as to whether to fleece the remaining tourists or treat them especially well was an equation that I saw racing across many faces; these are hard times for the tourist industry in a world that has become so finely sensitised to every item of news.

Yet for all of the concerns, the countries of North Africa offer visitors a wonderful experience. I met nothing but kindness, although sometimes tinged with an understandable self-interest, nothing but hospitality and I felt secure and welcome. My brief circuit took me to three distinctly different places; from the cosmopolitan city of Tunis to the unabashed tourist town of Agadir to the quintessentially Saharan community of Laayoune, and in each, I met a profound dignity and warmth.

The Western Sahara is a fascinating place. Although it is an integral part of Morocco on virtually every map one sees, the large presence of UN aircraft at Laayoune airport and their personnel in town tell a slightly different tale.

The water is salty, they cared little for fish, and swimming was not an obvious pastime; they are people of the desert. The sea is the end of the earth as known, and as such, it is best avoided. In consequence, their towns are inland, close to sources of fresh water, and there are hundreds of miles of shoreline where the desert meets the ocean with no signs of established life; a few newly placed tourism towns, and the odd port built to ship out the mineral wealth of the land but few traditional villages for people who had few traditional needs for the ocean.

The Sand is remarkable; contoured by the wind and constantly moving, this bone-dry landscape has all of the characteristics of the sea. The Sand moves; like a game of grandmother’s footsteps it is impossible to catch it moving, but the shapes, the dimples and fine curves cut into the dunes speak of a relentless motion.

As we drove over the desert apparently at random, I was hoping that our driver had been well taught in the mysteries of The Sand by his father and his father’s father; as if to read my mind, Abdullah introduced himself as “Saharwi”, a Saharan; simple, and to me (at that moment) comforting and the first time that I had met someone who chose to identify with this vast and demanding environment. My visit to the Western Sahara was moving, and a very special experience.

I love travelling in the Arab world; not, I would hasten to add, to the more severe, austere and stern countries, but to those whose concepts of hospitality are rooted in the ages and practiced to perfection. They offer travellers many, many rewards; their fascinating history, their long culture of art and education, the exquisite contemporary artisan work and the most delectable cuisine (and yes, some very fine wines from Morocco, Tunisia, Lebanon among others). Visitors are challenged and beguiled by the important and pervasive culture of the Islamic world.

The days punctuated by the calls to prayer, the hustle of the markets, the sounds of music and children playing are everywhere; it is a noisy culture, but it is a defined and understandable cacophony, and one that becomes understandable in very short order. It is remarkable how quickly one blends and adjusts, and it is only when one leaves and the daily momentum of the Arabic world becomes hushed that the rhythm of their life is really appreciated.