This year I am in England for some difficult family reasons, but it is nonetheless delightful to be here over Christmas. Other than the wild snow and ice of a couple of days ago, the weather has been superb, and the countryside is gorgeous. Staying with friends in their Victorian cottage in Manston, a small village in central Dorset is quite delightful, and their traditional Christmas dinner of goose with all the accompaniments was simply irresistible.

And so today, a perfectly clear and gorgeous Christmas Day, we headed out to visit Tyneham, a very curious spot.

If you have ever wondered where the old days went, and idly suspected that there might be a flake of the nineteen forties left somewhere, you are not speculating idly. Only 90 mile to the southwest of London lies Tynham, an anachronistic village, left to remember 1943, and the day that the village was abandoned. 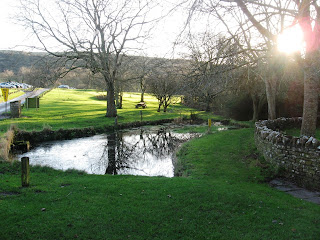 1943, you will recall, was a year in which Europe was plunged into the darkest days of the Second World War. London blitzed, Europe in retreat, bad news on every doorstep. In its pursuit of a perfect solution, or at least a piece of the puzzle, the Ministry of Defense determined that it would create a firing range in the Purbeck Hills. The sole drawback to the plan was the hamlet of Tynham, home to 100 villagers, pursuing a quiet country life.

Now the idea of an idyllic country village may be fiction or it may be fact, but nevertheless, the villagers of Tynham were “requested” to temporarily leave their village to allow the army to practice gunpower in the neighbouring valley. The promise was that they would be allowed to return as soon as the war ended, and armed with these assurances, they left.

The village is old; very old. Ruins and pickings from the site date back some 2000 years. Continuous habitation of a sort that we might recognise has been there since the early 12th century. History happens during this sort of period, and families grow, dominate and build. In Tynham, the Bond family came to own the village in the 1500s and has dominated village life ever since. Apparently benevolently, but we will never know. 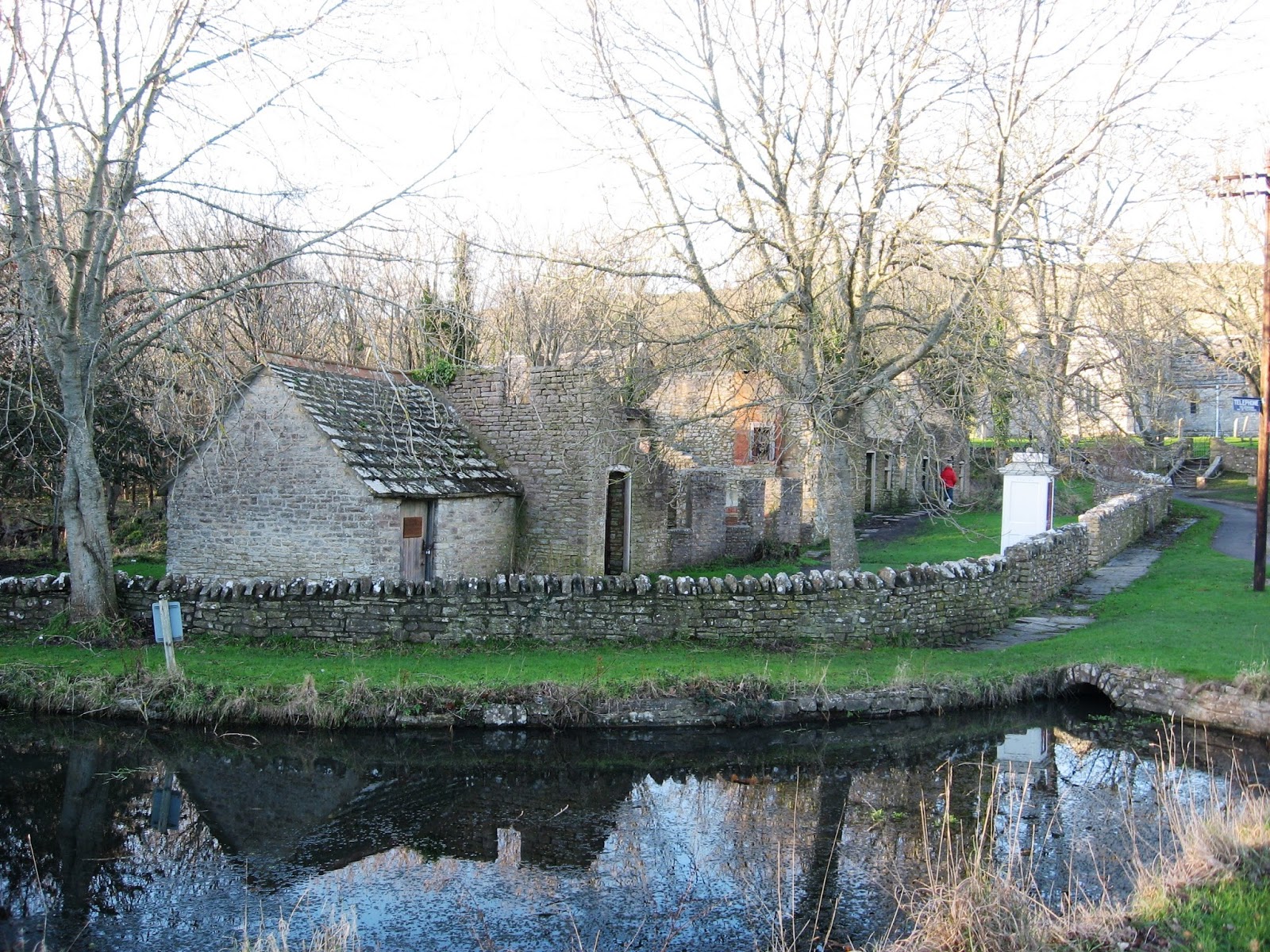 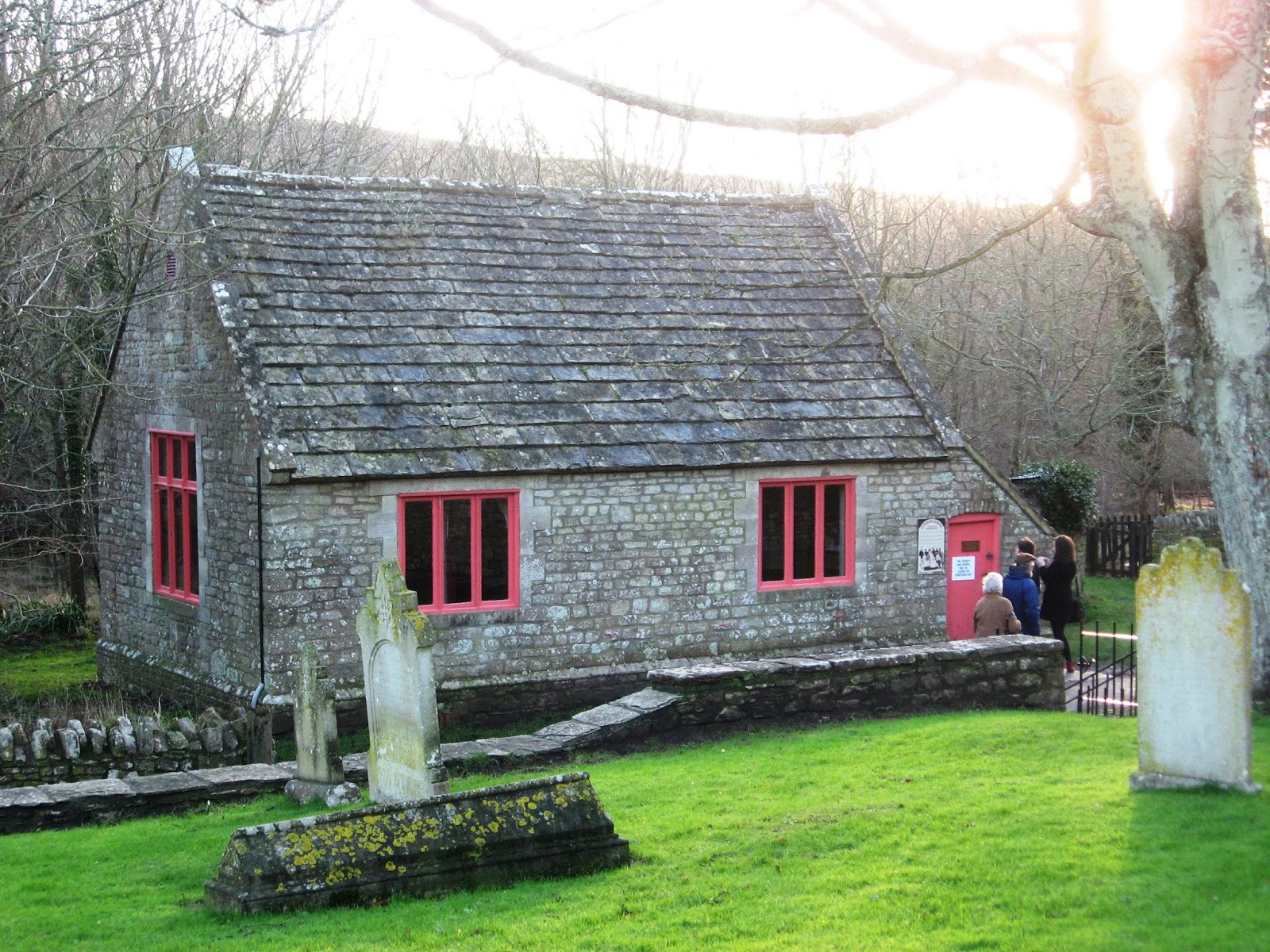 And so came 1943. The army decided that it should stay on for a few years, and now, in 2010 they still fire their big guns over the valley, and it is only on weekends, for the military seems to respect bankers’ hours in these parts, that there is access to Tynham.

And what a worthwhile visit it is. The village lies only 10 miles or so from the centre of Poole, a major town on the south coast, and deep in the Purbeck hills. The region is quiet, beautiful, tranquil and quintessentially English; small villages, delightful pubs (and I have to admit to sampling a few in my travels), thatched cottages, and castle ruins. The England of post-cards and bunting, monarchists and hunt balls, fine buildings and sensible shoes; all in a very accessible area.

From London, one may travel to Poole simply by train, coach or car. The adventurous may choose to arrive by ferry from France. In any event, there are many suitable accommodations, and opportunities to rent a vehicle for the exploration of the region, and a stay here of three or four days would not be out of line.

Here, I feel I have to digress. I have stayed in this area a number of times over the years, and once lodged at the Quality Inn several times during the Fall of 2004. On one evening I happened to be in the small hotel bar; in addition to myself there was only a small party of six German tourists, a touch out of place, I thought, but nevertheless apparently convivial.

One approached the bar and asked haltingly (to the delightful barmaid recently arrive from Cabo Verde) for “Zwei Beer”. “Bitter?” she asked?. “Nein Bitter” was the reply. She proceeded to pour nine pints of bitter for the bewildered tourists. I could, of course, short-circuited this misunderstanding, but firstly I was rather amused, and wanted to see its conclusion, and secondly, I felt it fairly certain that I would become the beneficiary of the error. In this I was correct, and three unwanted pints of bitter later I went to sleep.

The drive to Tyneham is simple; heading toward the sea from Corfe Castle, past Steeple the knowledgeable will spot a discreet road sign pointing left (or right, if one approaches fro the opposite direction) toward Tyneham. Three or four miles down the road lies the village, as it was, but missing a few roofs, when the villagers left. The school is intact, the church open and wonderful, notices tacked on the walls announcing teas. The village is complete, although the buildings are a touch ruinous; wandering around, listening to the birds and noticing the paths, built for bicycles and not motor cars, seeing the house pads and gardens, stumbling through the green and looking at the village pond, the vision of the nineteen forties was powerful. 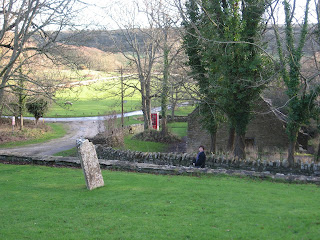 I have never been to such an evocative place. The village is deserted, and will remain so. The promise of return for the villagers some sixty years ago lies shattered among the lanes. But there is hope; and there are thanks to be offered to the military for breaking their promise. For Tyneham offers we “twenty-first centurions’ a rare glimpse to the past. While the village is uninhabitable, the ecological system, untouched by fertilizers, antibiotic by-products, discarded wrappings and old tires remains pristine; and rare.

A unique ecosystem in exchange for a broken promise? As a wandering observer, I am not qualified to make such judgments, but I am delighted that I could enjoy a glimpse into the past.