I only went to Trieste to leave it, and it was not even my first choice of departure points. Bari was, but the ferry to Montenegro has been suspended, and thus access to the train from Bar to Belgrade, one of Europe’s finest, I am led to believe, meant some imaginative preparation was necessary.

I had read a great deal about the railway that runs from the Serbian capital of Belgrade through spectacular scenery, ancient villages, dramatic rivers with bridges whose impudence leaves one speechless, down to the Adriatic coast at Bar. Or at least that is what I had read, and determined to waste $30 for a ticket on this ten-hour journey, I started to plan.

One can, of course, travel in either direction, and the first decision was which way to choose. For this, I consulted my friend and railway guru, Andy Brabin; Andy is deeply eccentric, and most interesting. Currently engaged on a project called “All The Lines Europe”, a quest to travel along each and every one of Europe’s passenger railways, there is little that Andy can’t add to any journey by rail. 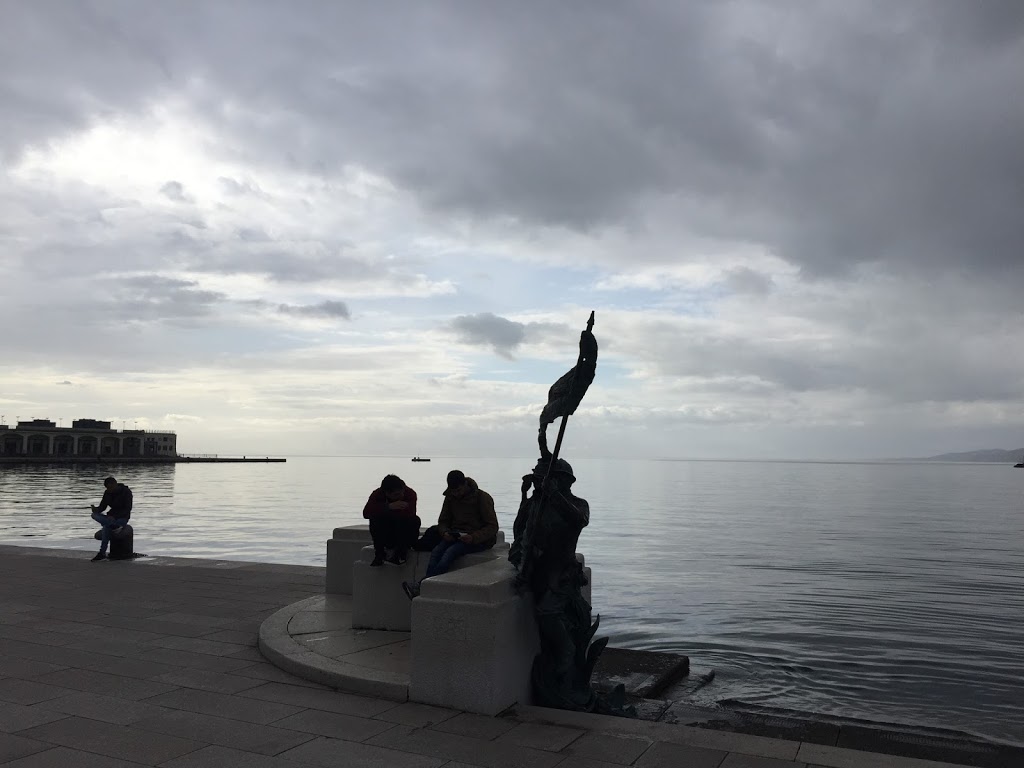 “Go north”, he said, “the best scenery lies between Podgorica and the Serbian border, and you want to do this in the daylight.” Sound advice, which I followed. Stymied by the suspension of the Bar/Bari ferry, Durres in Albania seemed to be the next best choice, from where a six-hour bus ride would take me to Podgorica. To reach Durres one could sail from Bari, Ancona or Trieste, and for the simple reason that I wanted the longest ride available, I chose Trieste.

And what an inspired choice.

My introductory break was pure serendipity. Heading to the information booth at the airport, I overheard a traveller ask about the bus to town and be advised that it cost €4 and was leaving in five minutes. Normally I don’t much like airport buses, as they tend to drop me off miles from where I want to be, but I decided there and then to buy a ticket and so found myself not on an “airport bus”, but a “bus that went to the airport”. This subtle difference involves getting a one-hour tour of the small fishing towns that lie on the coast along the 60 km drive that skirts the Adriatic coast on the right and the Slovenian border on the left as one heads to town.

I hadn’t realised the distance, and the ride had the added benefit of saving me a €80 taxi ride.

Arriving at a taxi-less bus station, I chose to push my suitcase over the cobbles for fifteen minutes to my hotel, and along the way, I realised that I had landed somewhere rather special.

The languages, the buildings, the shop signs and the smiles; all of these drew me toward the centre of this remarkable town, still proud of its Hapsburg days, and a clear link between the catholicism of the Austrian empire and that of Rome. And Trieste, proudly and self-confidently sits as it always has, at the epicenter of trade and movement. It lies at the convergence of Slovenia, Italy and Croatia in contemporary terms, and the three cultures are here in abundance.

My hotel, The Hotel Centrale, was delightful, hip (so I fit right in), actually central and very friendly. I still can’t quite grasp the automatic lighting in the bathroom, but I think the concept and operation was aimed at a different generation. So I basically ignored it, even the curious clicking noise that it reproachfully made as I failed to do something or other. It was odd.

The hotel, though, was quite lovely, and to walk, no to stroll along the side streets from one magnificent square to another, past shops offering the most beautiful clothes, jewelry and accessories, past endless cake shops offering pastries so delicately constructed, was a pleasure. The sea front, proud, long and interesting leads for miles, and from it lie endless streets both broad and narrow leading into the heart of this marvellous city. 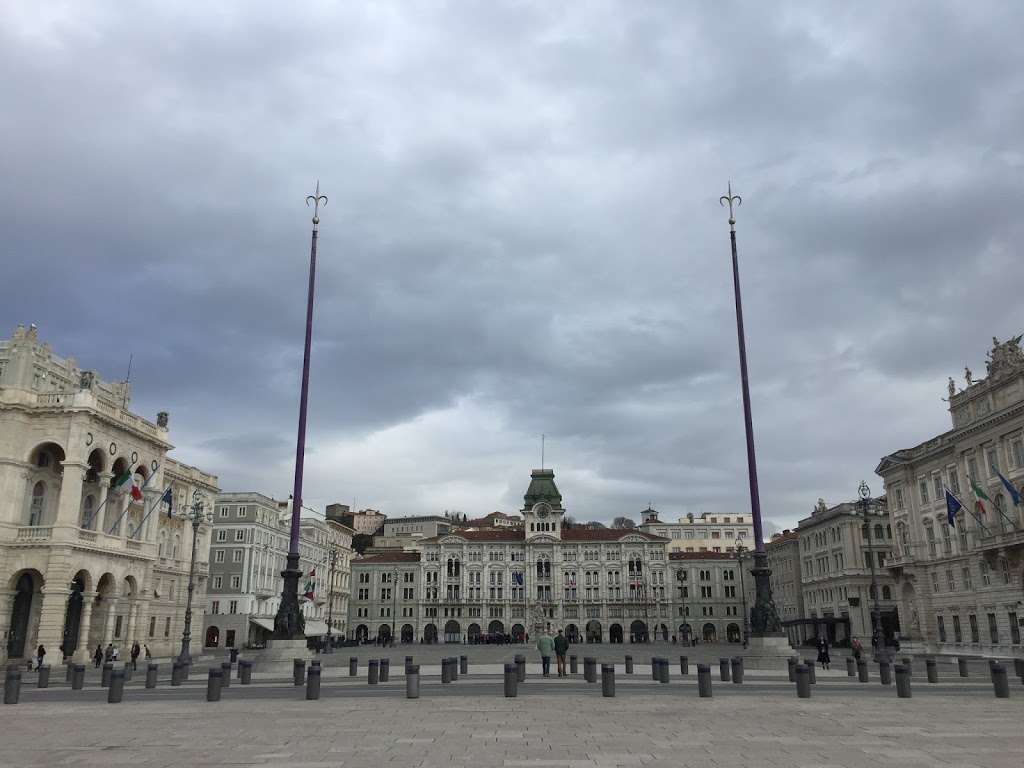 As with much of Italy, food is omnipresent. From morning pastries to the seafood specialties of dozens of restaurants, one could happily munch one’s way through Trieste over a nourishing week. I had, unfortunately, one night, and needed to choose carefully. I did so quickly, and headed to the Trattoria daGiovanni, only a few steps from my hotel.

Local, bustling, unrefined, delicious and inspiring da Giovanni was all that I had hoped to find in a local trattoria. The food was basic. The antipasti were fine hams and mortadella carved from enormous joints and served with delicious local peppers; wines, red, white and prosecco poured from barrels above the bar, and a the few main dishes from which to choose were all wonderful and reflected history (schnitzels), culture (goulash) and location (many different fresh fish). Salads and cheeses abounded and I found myself, sitting at the Single Table In The Corner, my usual perch as I travel alone, smiling and feeling content and a not a little smug.

Trieste had overwhelmed me. An accidental stop en route to Albania turned into a delight and yet another city that needs a great deal more exploration.