Travels in Moldova, TransDniestria and Ukraine

I have been most remiss; I have, as you will know, not written a piece for some time, and have been rightly chided by some regular readers for this absence.

I have, however, been busy; my last piece was of two very fine restaurants in Bologna and Tbilisi, and there it all ended. But my wanderings have not.

I spent time travelling through Moldova, the northeast corner of Romania and the southwest tip of Ukraine on a magnificent voyage of discovery, and leaving with a burning desire to return and explore in much more detail. The former Soviet countries of Europe, and perhaps Central Asia although I have yet to visit this part of the world, offer visitors a fine and unpasteurized look at the region. They are not yet subsumed by western brands, life is both simpler and more complex and the people warm and friendly.

The railway carriages in which we trundled around are elderly, in part, but add to the atmosphere of the region, and are a most interesting experience. 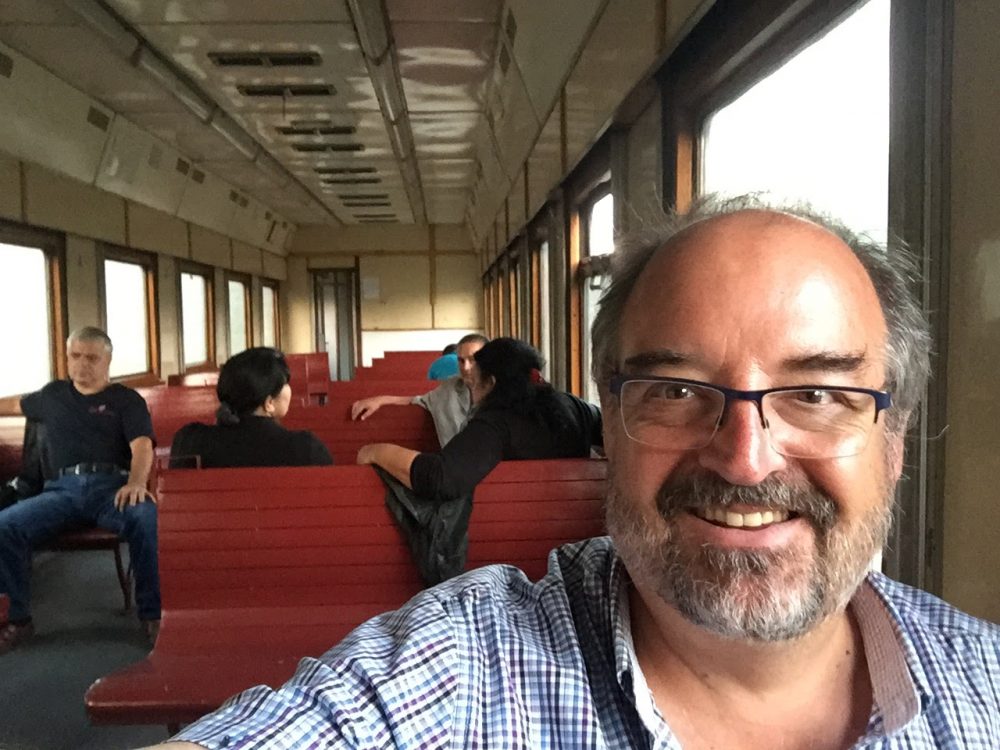 Travelling around this region was a great deal of fun, and we also included a side trip to the rather peculiar and unrecognised “breakaway republic” of TransDniestria. This was, curiously my second visit to this eccentric country, and I well recall a conversation during the last where I had asked a local inhabitant what she wished for her “country” to become. “Well”, she said with a shine in her eyes, ” I would love us to become just like Kaliningrad”.

I had never heard the Russian enclave of Kaliningrad being held up as the highest national aspiration, but it was, and I was keen to return to this tiny oddity and see if time had edged forward at least an inch. And, my goodness, it had.

Previously it had been backward, slow and musty; today, in comparison to neighbouring Moldova, it was shiny and sparkling, the beneficiary of billions of Russian Roubles. The tanks were still in sight along the main drag, and a massive statue of Lenin still stood guard over the “parliament” building, and there are still shiny banks, a testament not to the locals’ wealth but to the torrent of funny money that flows through this financially myopic neighbourhood. It was a great place to see.

Chisinau, the capital of Moldova, is an odd place. Not very beautiful, and not terribly engaging, it is, however, rather Soviet, and for those who are curious about this very distinct period of Western history, it is a fine place to be.

My cousin and I rented a very pleasant, Soviet-era apartment through Airbnb, and loved what was for us, the retro feel. Delighted that this was only a temporary entertainment, and not a lifestyle, we used it as a base from which we went on day trips to see other parts of the country. It is an interesting place; Soroca in the north is the home of the “King of the Gypsies, and some extraordinary buildings being constructed by gypsies throughout Europe as a place for them to retire; truly bizarre, and proof that entire towns can be built from chintz and baubles.

Continuing from the sublime to the ridiculous, or perhaps it was the other way around, we headed to Iasi in Romania, and thence to Chernivtsi in the Ukraine about which I shall write another piece.

I have also been broadcasting weekly on CBC Manitoba; from far and near. Sadly, my primary host, Terry MacLeod retired two weeks ago, and here is a copy of the final show. I will continue the Saturday morning spots, but it will be different.

Neither life nor geography ever stands still.