Reunion Island; What an amazing find !

This, of course, was a little odd because one’s first impressions are not terribly positive. There are nearly one million people living on the island; yes, that is a one plus six zeros. It covers an area of only 970 square miles (and no, I don’t know how many multiples of a football field or Rhode Island that is – although it is actually (thanks to Wikipedia) four times larger than Rhode Island) …. And there I lose it.

Arriving at the local/international airport one is overwhelmed with life; life is everywhere, and the immediate impression is not of a peaceful, Indian Ocean hideaway, but of being back in France. And, as in France, there are a lot of cars. A very large number of cars, all wanting to be where you want to be at roughly the same moment in time. Few driven well, but few dented terribly badly. It didn’t bode well, and it was a holiday Monday. 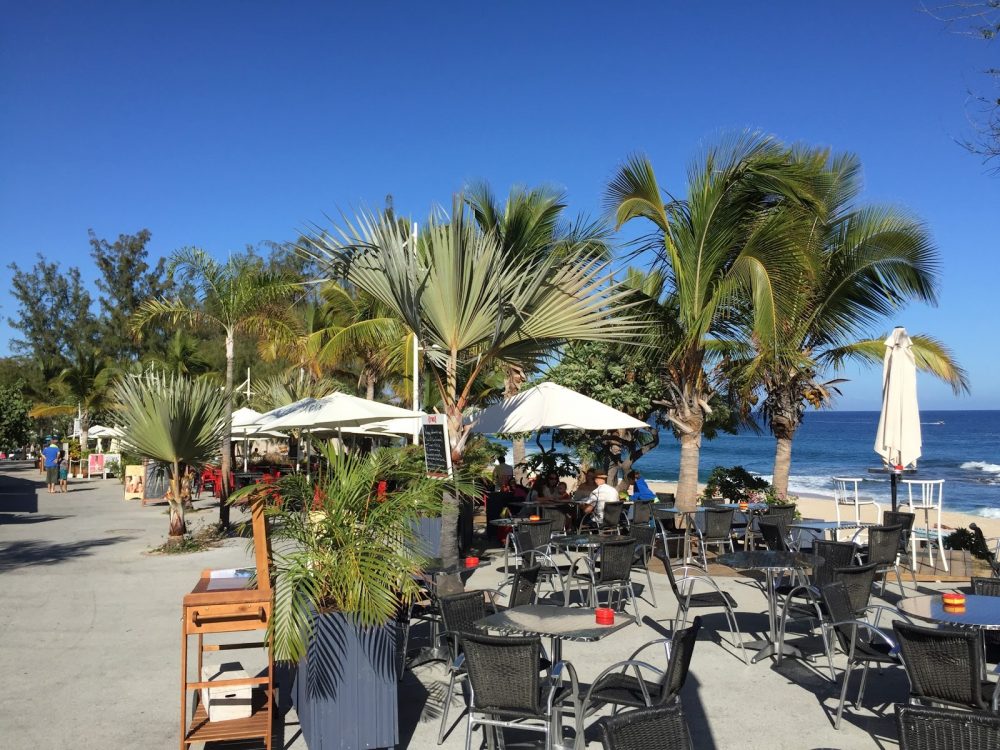 But the island is odd; imagine, if you will, the slow-motion image we have all seen of a drop dropping into a placid liquid; La Réunion looks a bit like the resulting splash. It is an island that has been torn apart by violent volcanic activity, cut up by agricultural interests, laid low by urbanization with only rudimentary planning in its early stages but left with a most delightful landscape.

The island is roughly circular, and if one feels so inclined, and the traffic permitted, could be driven in about three hours. The population lives mostly within a kilometre or two of the north and west coasts, and driving through the collection of heavily-populated communities (mostly named after Saints – Denis, Paul, Gilles (?), Benoit, Leu and so on) one could easily imagine one was dealing with the Toulouse périphérique on a normal evening rush-hour.

Interestingly, my rudimentary search for Saint Gilles’ inclusion in these pious ranks led me not to a noted mystic and miracle worker, but only to an apparently convivial suburb of Brussels. I must be missing something.

However, I digress. I flew to Réunion on a whim; I hadn’t been here, I wanted to go somewhere interesting and the Indian Ocean beckoned. Air France, it must be said, offers some very attractive fares from North America to St, Denis, all allowing a stopover in France, so price-of-access is not really an issue. I had no expectations; didn’t bother to buy a guide book, couldn’t find much on-line and wasn’t really concerned – I knew that I could arrive and figure it out.

And I arrived; in the rain. Waited for the car rental to be sorted and headed off to the Airbnb booking that I had made; almost at random, I have to say, but not completely – it was in St Pierre, noted as a drier part of the island.

Stopping briefly at one of the two swimming area of Réunion – basically, the two areas that have been protected from sharks – and looking at the gorgeous beach with the attendant gorgouesnesses that beaches attract was a great start. Sharks are a growing problem, I found, and thus surfing and swimming were becoming less popular. With wind in the sails, I headed south.

Finding Airbnb properties can be challenging; addresses are locally understood, but rarely visible to passers-by; such was mine, but after getting within fifty metres of the house, I was defeated and called the owner. Who could see me … and I checked in. I like Airbnb, and Réunion offers a very wide selection of properties, in addition to the more conventional types of accommodation. 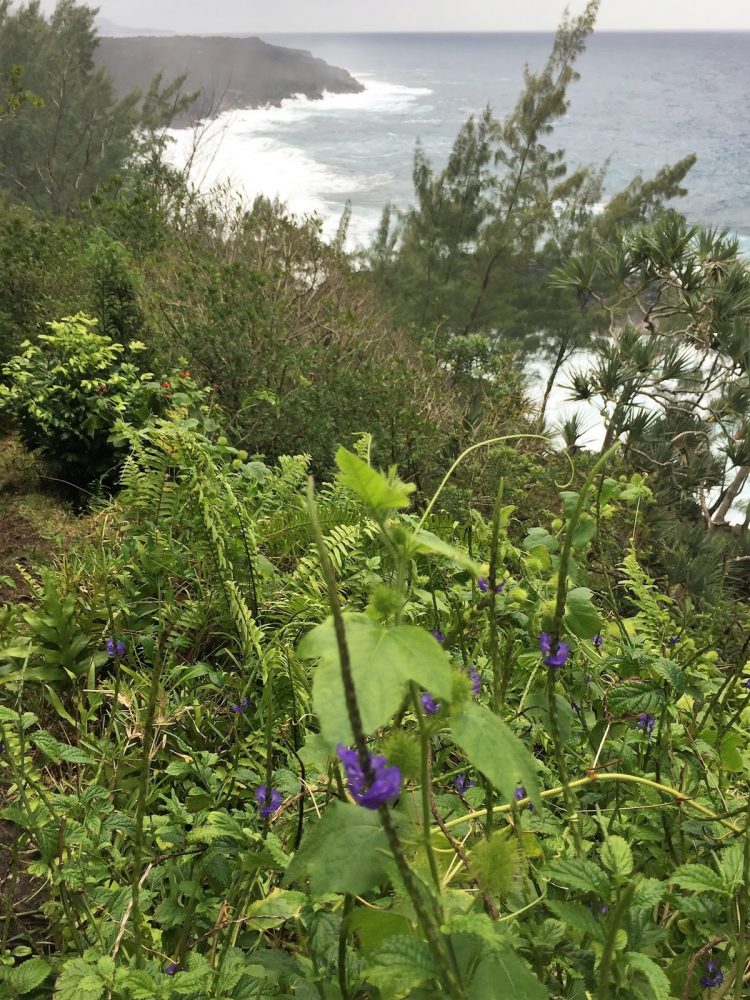 And so to explore.

The island is extraordinary; every inch a different landscape or climate; a new history or geography, and the first order of action was to visit the Piton de la Fournaise,the active volcano that dominates the southeast corner of the island.

With lava flows from various eruptions, chillingly contemporary, it is brilliant; lava from black to mouldy green, thick forest, deep blue sea and the jarring red umbrellas of the souvenir sales folks, this is a great attraction; it is also on the way to the Anse de Cascades (or from if one is travelling the other way), another brilliant attraction.

Basically, the cliffs appear to be made, or at least engineered, in the manner of a Swiss cheese, and the water collected and channeled through its diaspora of rivers, streams and channels spurts out of the cliff face in a most interesting and amusing manner. 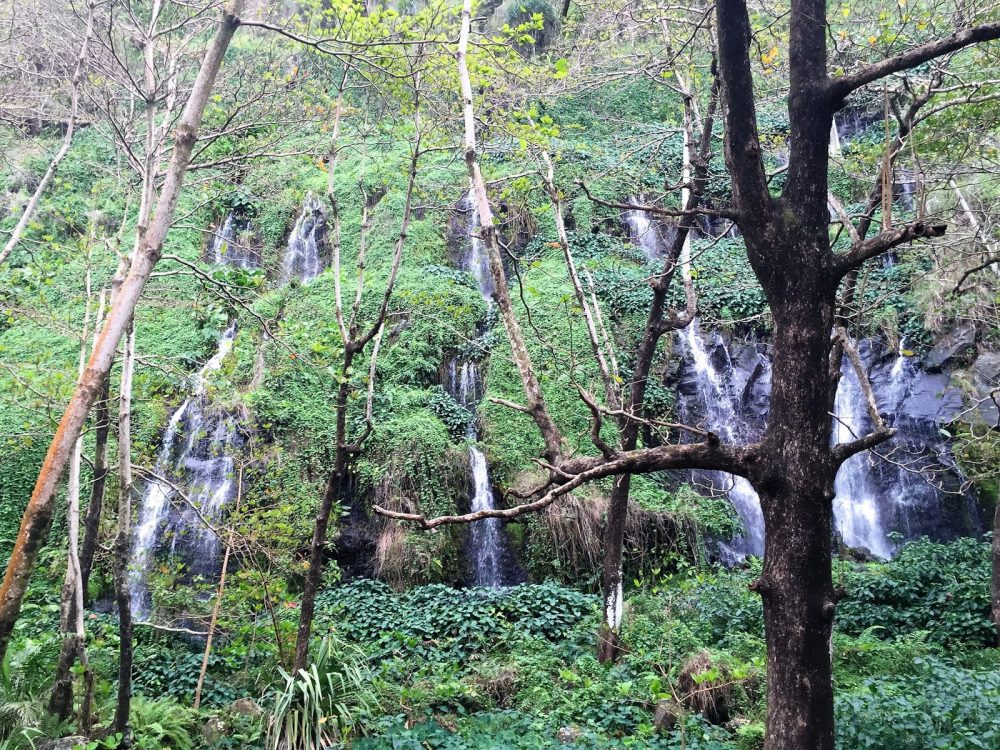 Reunion is unusual, it seemed, and I immediately liked it for that quirk of both geography and expectation. Almost everything about is was slightly eccentric.

Its volcanoes are odd; they are, apparently “active” or “dormant”; the distinction is not really one that is applicable to our personal time scales. When they preen, they destroy; when they are “dormant”, they are photogenic. They are as gentle as their next eruption; which could be shortly. Or not – that is the thing about volcanoes.

The volcano of southeast Réunion is active; very much so. The volcanoes of the three “Circuits” in the centre of the country are dormant. They are, however, only ten miles apart.

Réunion is wonderful; I have been here for three days, and am captivated. I want to explore every inch of the island and will attempt and report exactly that. 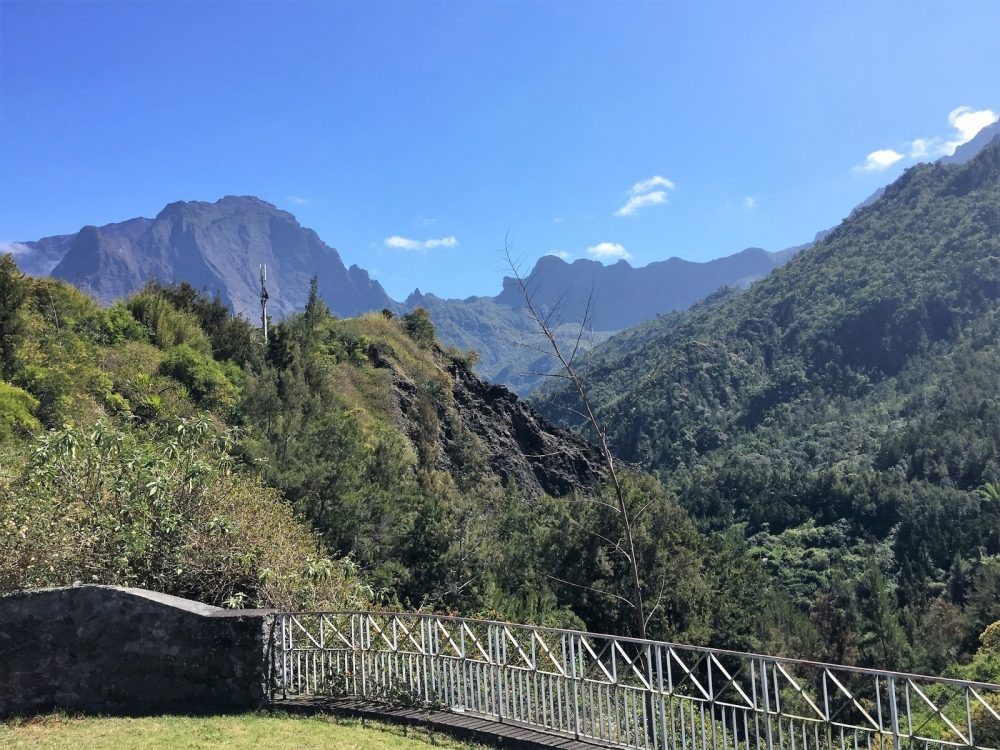