Driving through Morocco: a 2,800 km adventure

Climbing through the High Atlas Mountains in Morocco

West Africa is not the most visited region of the world, and for those who are frustrated by the phenomenon of “overtourism”, it could be an ideal destination. It is a land of geographic and societal contrast, overwhelming space, vast deserts and high, craggy mountain ranges. It is a region with thousands of miles of raw Atlantic seaboard punctuated only by isolated military lookout posts, ever vigilant for the stream of refugees fleeing the poverty of the sub-Sahara.

It is a land of stark contrast, extreme beauty and a harsh living environment that is so alien to those who have the fortune to live in “The West”.

And the Budapest / Bamako rally, started some fifteen years ago by the Hungarian adventurer Andrew Szabo, draws a line through the region, and attracts some 600 folks to give up their comfortable lives for a two-week run through six countries, to Freetown, Sierra Leone. The Bamako part of the trip having been abandoned (at least for this year) for security reasons, but the brand lives on. 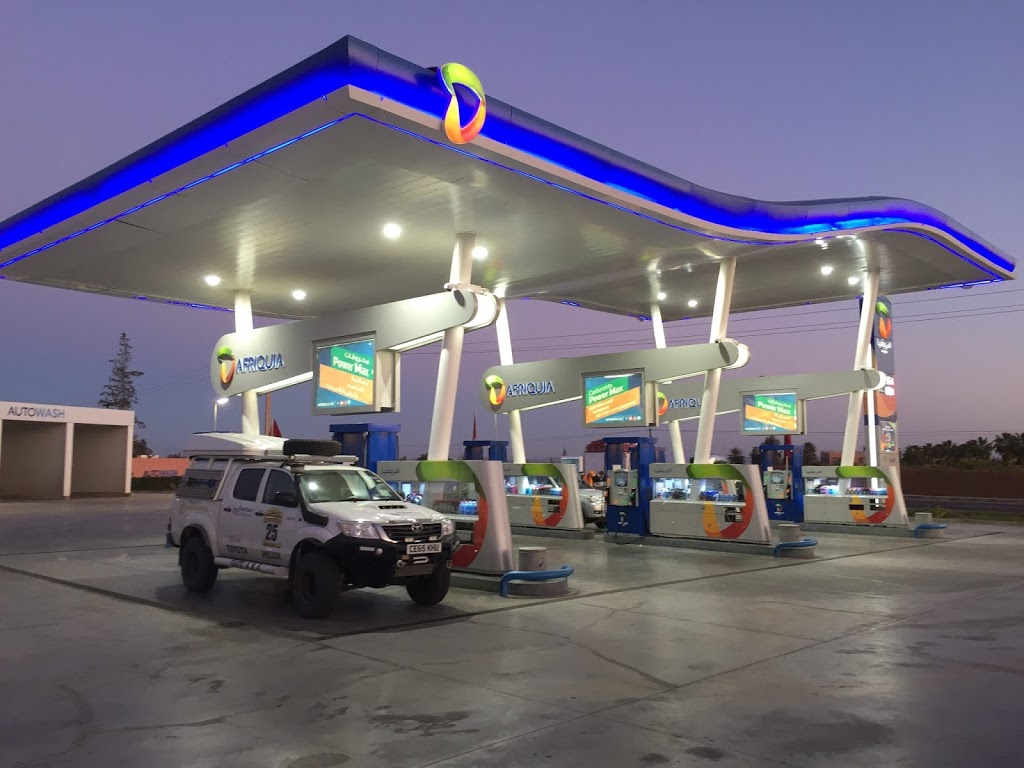 It is first and foremost a car rally. There is an objective among the racing group of our number to reach way points, speed on to the next and cover the distance, and detours satisfying only to off-road drivers (in off-road vehicles of which an ambulance is decidedly not), and reach Freetown with the highest, or possibly lowest – I have no idea how they count, score.

It is most certainly not a tour.

While I knew the nature of the event before we started, I had made an assumption that those of us not participating in the competitive part of the journey would have more time to explore a little along the way. This, however, has not proven to be the case so far. We have driven long and hard, hard enough to require two new rear shocks and the rejoining of the chassis and the sub-frame that had come apart in Tan Tan, and from early in the morning to dark. Not, I hasten to add, a hardship, because I like driving, but a very different way to experience Africa.

A major advantage is that driving consistently through thousands of kilometres of highway, it is possible to see landscapes unfolding and evolving in front of one’s eyes. The subtle changes of scenery that create the boundaries between topographical systems become obvious, and the different lives of those who are adapting to their environments become alive and immediately noticeable.

To date the journey has taken The Ambulance from Esperaza to Perpignan, (where I had to turn around and return because I had left the insurance document on my kitchen table), and then back to Perpignan and south to Gibraltar.

This early start was necessitated by a major computer malfunction, and the thought that if I needed a new one, in Gibraltar I could at least find one with an English keyboard. AS it turned out, the issue was “dirt in a connection to the BIOS battery”, which meant absolutely nothing to me other than the fact that the bill was only £65.

And so, a week later when my two Australian colleagues joined me, we headed across the Straits of Gibraltar to the Spanish enclave of Ceuta lying on the Moroccan coast. There we waited another day for our final colleagues to arrive after driving their Fiat Panda from The Orkney Islands to Budapest and then on to Ceuta.

Then we headed south, crossed the border into Morocco and headed 2,800 kilometres south to the Mauritanian border. Morocco is a very big country indeed, but more of that next time.

Now, it is time for breakfast and onward …