Cabo Verde; Mysterious Santiago, and the beaches at Tarrafal

“The best laid plans”, it has been said, are not immune to change, and nowhere is the more true than in Cabo Verde – so Plan B was to visit Santiago and Tarrafal

Tourists and travellers to this island nation really fit into one of two groups, those who stay put and those who wander. I am of the latter.

One curiosity of Cabo Verde is the paucity of inter-island transportation; the national airline, TACV, flies between the islands with an imaginative schedule, an almost complete disregard for punctuality and a flair for the dramatic.

Competition is non-existent, and those who have tried are driven from the market rather unceremoniously. The islands are, one imagines, rather too widely scattered for an adequate boat service, and the waters in this part of the Atlantic a touch choppy for sensitive stomachs.

There is also the wind. And here one needs to be frank; the winds of Cabo Verde are relentless, sometimes a mere “heavy breeze” that cools the African sun, and sometimes a sandblasting wall that brings dust from the Sahara and liberally scatters it over the islands making flights rather precarious.

In fact, on one day of this past two weeks, all flights in the islands were cancelled because of the strong winds, and yesterday, the Harmattan wind from the mainland scoured the islands with desert sands once more interrupting the best laid plans of mice, men and visitors. 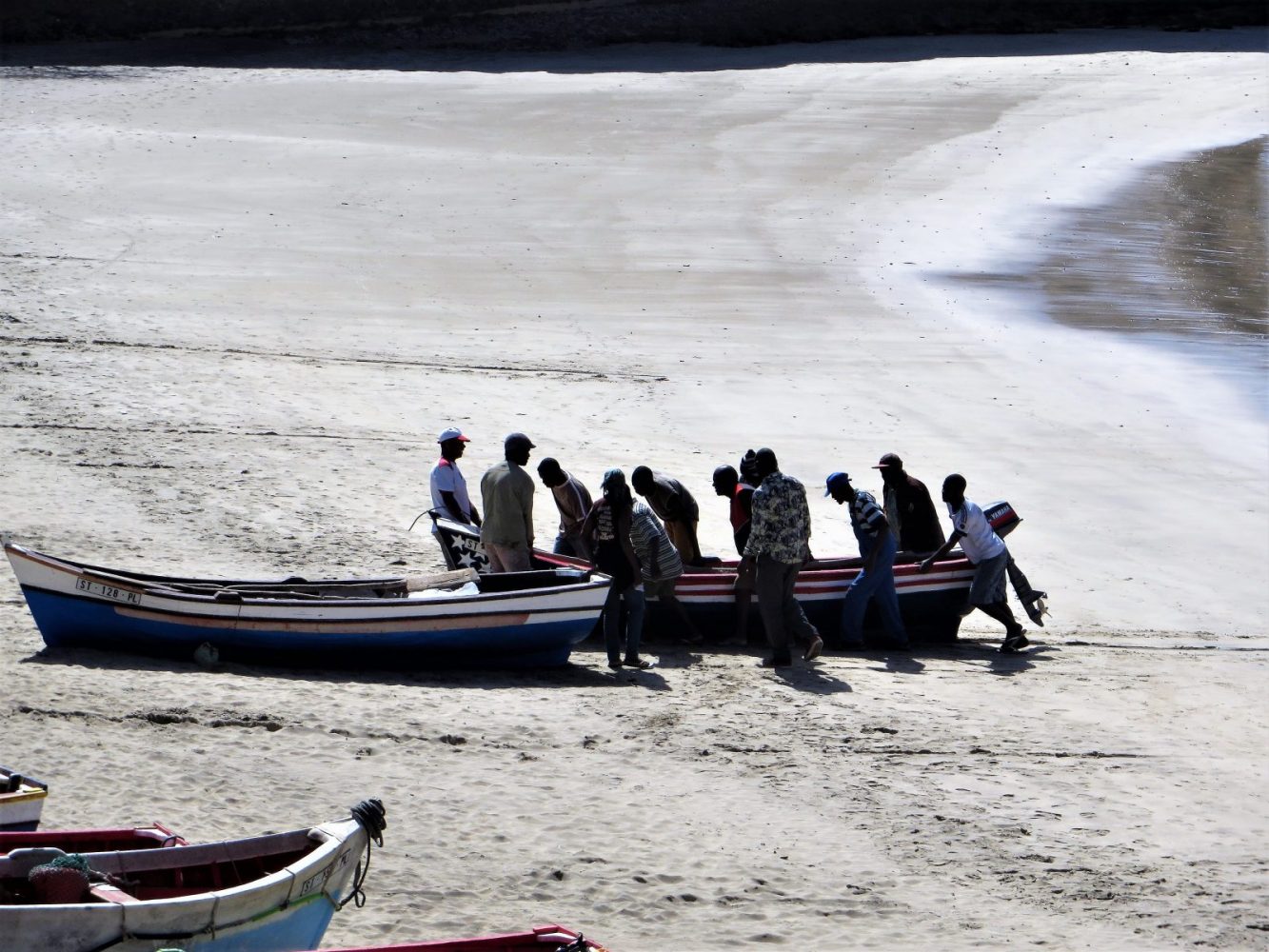 So it was a week ago that the decision was made not to travel to the remote island of Brava and its neighbour, Fogo, the volcanic island.

The weather was reasonable, but with the Praia/Boston flight operating only weekly, and the possibility of being stranded was not insignificant, the decision was made to remain on the main island of Santiago instead, and explore without the risk of becoming marooned in the shadow of an erupting volcano.

The important thing here is the ability to change plans at the last moment, and travelling to Cabo Verde, an endeavour that I would heartily endorse, really requires some delicate planning, and the assistance of a very understanding and competent local agent.

Firstly, the order of events needs to be established, with the riskiest being placed at the front end of the itinerary; secondly, the ability to change without recourse to an insurance company needs to be assured.

If one cannot travel to Fogo because of some climatic or technical surprise, the credit from the unused hotel in Fogo should be transferable to another property elsewhere. Finally, of course, tourists to Cabo Verde need to believe that there is someone watching over them, ready to alter course when necessary.

Fortunately, in our case, we were able to change plans without difficulty; I feel for the small guesthouse operator in Brava who lost out on three nights’ revenue, but one supposes that over a season as many people get stuck in situ as fail to arrive.

As tourism is an important part of the economy of the country as a whole, and the small islands in particular, their long-term success will only be assured if visitors can be secure in the thought that itinerary changes will not be punished.

It is, of course, the same everywhere. As many of you know, I am heavily involved with tourism in Canada’s Arctic, and this too is a region beset with climatic peculiarities that can shatter the plans, laid as best as one can, into tiny pieces.

An understanding of this, and attention to this issue by regional government and trade associations is a very important factor in developing higher visitor numbers to peripheral regions.

I digress, however; remaining on the island of Santiago has been fun and interesting. The village of Tarrafal in the north of Santiago has the most beautiful beach setting in the country and a couple of pretty nice, if architecturally eccentric hotels.

There is an interesting prison camp, a stark reminder of the brutality of the Portuguese dictatorships and the savagery of its colonial wars, there are wonderful roads driving through valleys carved by eons of caustic winds, and seascapes that will take one’s breath away.

Finally, there is the remarkable community of Cidade Velha, the first European settlement in the tropics founded in 1463, and still offering visitors a mosaic of glimpses into the fascinating 500 year history of these captivating islands.

I head away tomorrow to São Tomé, another formerly Portuguese island some five hours flight to the southeast; my Lusophilia is far from satisfied, and the two weeks spent in Cabo Verde have simply whetted my appetite to return to this complex and fascinating island nation.