Visiting Bologna is a very special experience, and one that all travellers to Italy should consider.

Touring Italy is a wonderful experience, but where to start? How do you separate the wheat from the chaff, the brands from the local and get to experience some part of the country that is not highlighted too boldly in the guidebooks. It is complicated, and here’s the thing.

Italy is an almost brand-new country; it was unified only in 1861 from a motley collection of Dukedoms controlled by Hapsburgs, the French and other foreign powers, and as such only just beat Canada into the family of nations.

This is not terribly important other than to say that “Italian Food” is a bit of a misnomer, and as I find myself in Bologna, the food capital of Italy, mentioning that one likes “Italian Food” appears to be an insult of some significance. It is the food of Bologna, or Sicily, or Veneto or one of the country’s many regions that counts, and not an agglomeration of them all under one label.

So, with that definition out of the way, and I can assure you that it was an admonition that I bore well, it is time to wax poetic about Bologna, a fine city and home one of my favourite restaurants of the world.

It is a city of some 385,000 wealthy, well dressed burghers who inhabit one of Europe’s loveliest places. It is old and preserved; the “abominable” urban renewal of the 19thcentury has now, in the 21st century become quite charming; the miles of colonnades housing shops of long provenance and restaurants that inspire wonder.

Bologna is the home of Lasagna, Maserati cars, the Italian Co-op movement, Lamborghinis and Tortellini; it is the birthplace of Scipioni del Ferro, a mathematician who solved the cubic equation in the early 16th century and Pierluigi Collina, one of the best football referees that the world has ever known. Other luminaries were born here as well, but I rather like these two.

It is also the home of the world’s tenth largest cathedral (by volume) at a stunning 258,000 m³. I have absolutely no idea who measures places of worship by the cubic metre, or why, but I couldn’t resist sharing this important detail.

It is also the home to a wonderful city wall, towers (one leaning) and vast piazzas. It is not, however, the sight of the overwhelming number of tourist that have come to blight so many brand name European cities. It is, in short, a magnificent place to visit. It is a walking city as so many European locations are, and a fascinating place in which to discover quiet gardens, medieval towers (one leaning) built in the 12th century, and the traces of Roman urban planning reflected in the street layouts. 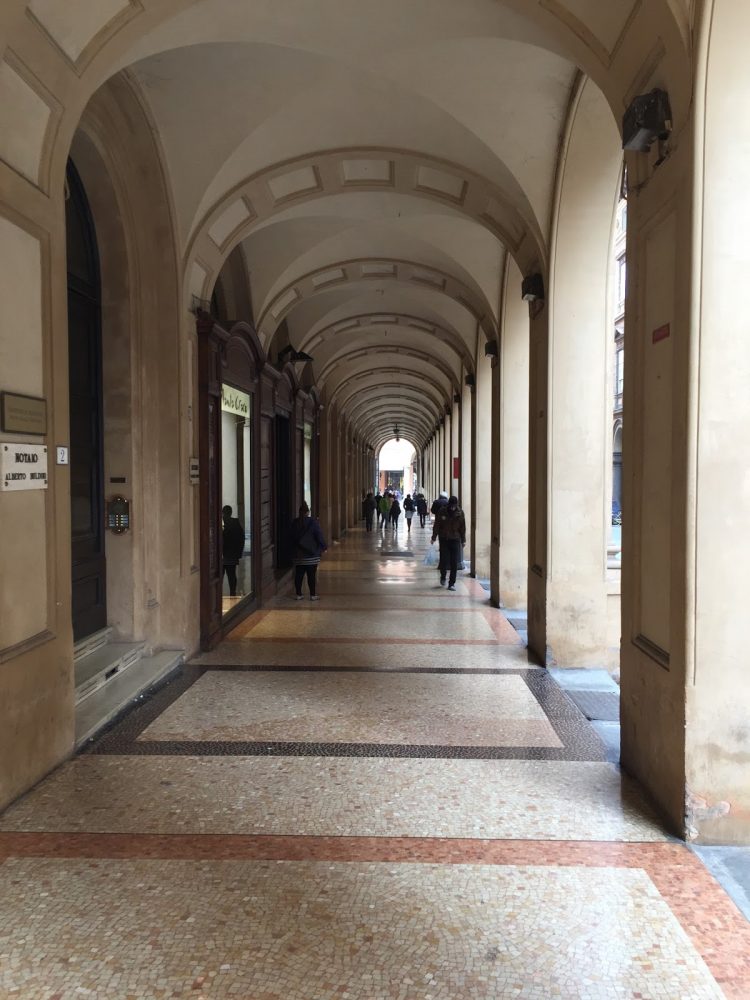 A major Roman road, the Via Emilia, the road that stretched from Rome to this northern territory, still forms the main thoroughfare of Bologna, and the largely pedestrianised streets of the city centre still follow the grid pattern laid down some two millennia ago. The colonnades are endless and delightful; one is a winding 666 vault arcade that wends its way some four kilometres linking a major church, the St. Luca to the town centre. The shopping is wonderful, the museums fascinating and the atmosphere of the city is relaxed and confident.

As my regular readers will have noticed, I am a fan of the “second division” destinations. I feel that they offer travellers a quite delightful perspective of a country, and are ideal points of entry, infinitely preferable than landing straight into the jungle that is Rome or Florence. Flying to Bologna is straightforward, its airport is linked to all of the major European hubs, and one can choose to fly directly here, enjoying the pace and beauty of the city before heading off to explore the rest of the country.