A Weekend in Newfoundland: A New Found Land

This really is a brilliant place. A rock, stuck out in the inclement North Atlantic is hardly a perfect canvas upon which to create a society, but in the traditions of the region, Canada’s most easterly province is a winner. The North Atlantic is home to Celts and Vikings, lost fisherfolk and shipwrecked flotsam from around the world, and they all add up to make the North Atlantic absolutely fascinating.

They are lands that defy development, but they exist and certainly in terms of their societies, they thrive. It is not a mystery either why they have become such attractive tourist destinations. From the Shetland and Faroe Islands of the North Sea to Iceland and to this oddly-named island of Newfoundland, the north Atlantic is beguiling.

It isn’t easy to get round, really; from Reykjavik, I had to fly through Boston, Halifax, Gander (yes, the direct flight was full) to St. John’s, and now here I am. A free Sunday in the middle of an extensive business trip, tinged as it has been with personal sadness, I am glad to be here. I rented a car, and spent the day driving the Irish Loop from St. John’s to Trepassey and back to the big city. 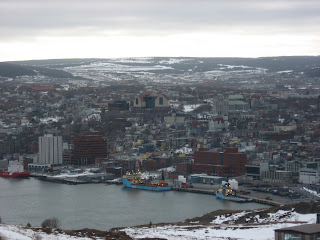 St. John’s’ remarkable harbourIt is lovely, if the more distant suburbs of St. John’s are a little scruffy, and all too willing to hoist the ugly, day-glo lettered advertising signs; although I have to admit that signs to lure passing drivers to stop for Cod Cheeks and Salt Fish Tongues mad an amusing change from the usual roadside supply of BC Fruit.

It’s a great place. Place names are funny: the twin communities of Black Head and Bald Head, Mistaken Point, Butter Pot and Witless Bay were just a few that made me smile. The places themselves are lovely; secure communities, rugged shorelines, old stone churches, colourful buildings and tons of laundry flapping in the wind. Honestly, I haven’t seen so much outside laundry for years. Wood piled delicately, and in the most intricate shaped piles, and above all, today at least, a gorgeous blue sky, shining light on every nook and cranny.

It was lovely. The round-trip drive is about 300 kms, a manageable day’s expedition. In summer there are plenty of stops for coffee, lunch or relief, but on this Sunday in the winter, their owners are presumably watching the final day of the Olympics or sunning themselves in Florida. At any rate, they aren’t at home. It didn’t really matter, as I was more interested in looking than eating, and in any case, by one’s self, it is easier to simply see what is around the next corner. 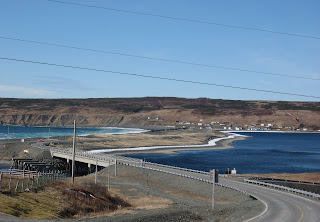 One of my favourite things about Canada is the CBC, and although it is hard to pick favourites, The Vinyl Cafe is a terrific show. And so, driving around the Avalon peninsular, I listened to Stuart MacLean’s unique blend of music, storytelling and Canadiana. Canada, he described today is an archipelago; a vast area of isolated cultural islands. I like this description, and just as he described himself, I realised that I am an island-hopper, and love it! I am so fortunate to have visited every province and territory, and the capital cities of each, and really am in a position to pour tribute on St. John’s, my favourite city in the country.

It was in this spirit of exploration that I determined to visit Cape Race. It seemed logical, somewhere I had never been, an odd promontory, perhaps some shipwrecks to ogle, however, although I had probably realised the drawback some fifty yards after leaving the hard-top road, I didn’t acknowledge the obvious for a couple of miles. 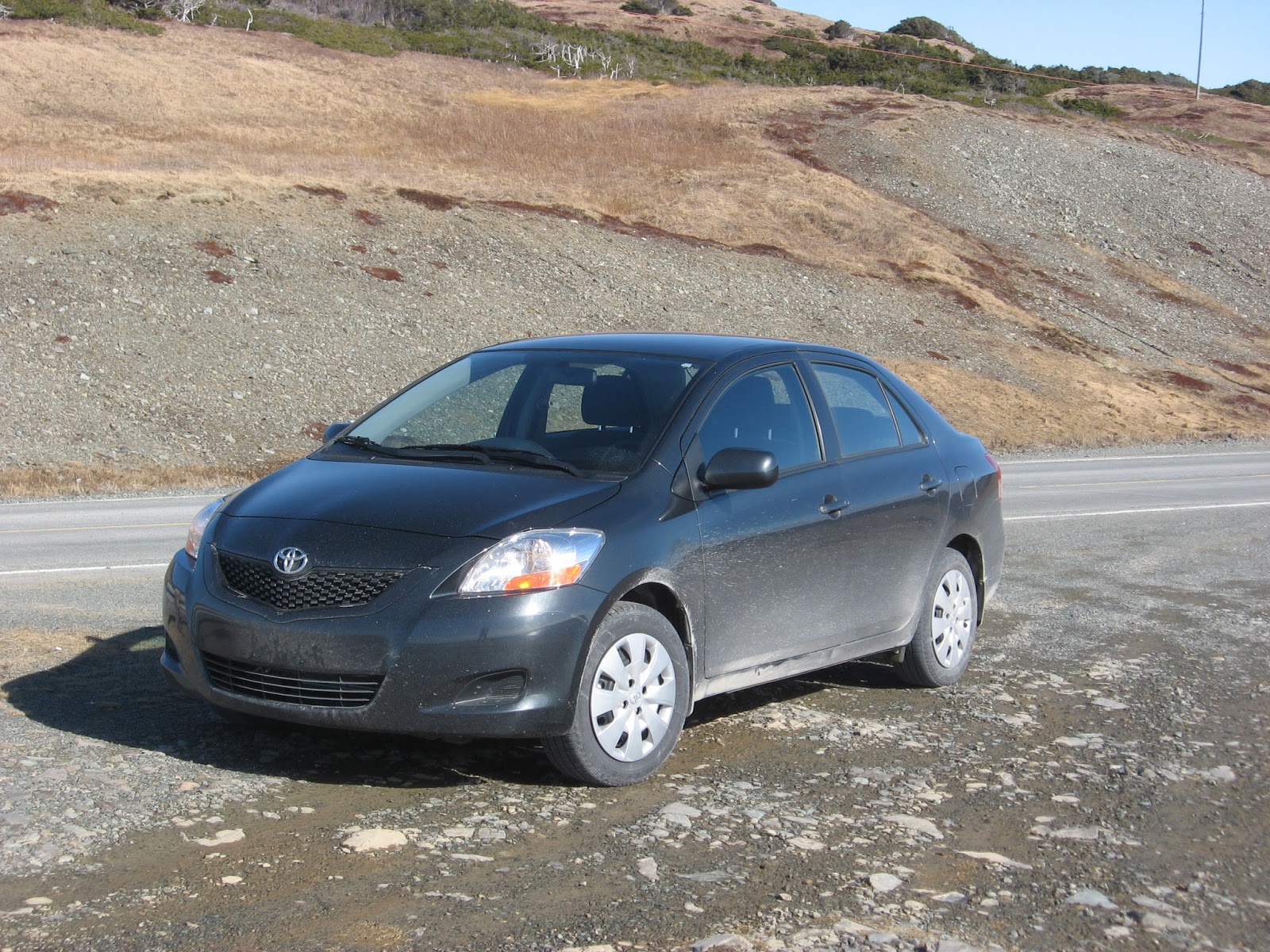 The Trusty YarrisAnd this is that a Toyota Yarris does not qualify as an off-road vehicle. Actually, it doesn’t really like to go over a speed bump, but the prospect of visiting a remote Cape clearly didn’t appeal to my car, so reluctantly we turned around. It was a pity, because I like these sorts of geographical extremes, but today, I wasn’t to visit a new one.

I did, however, gently persuade the Yarris up to the top of Signal Hill; this peak, overlooking the narrow entrance to St. John’s dramatic harbour is terrific. The whole city is visible, and the harbour’s importance is clear at a glance.

And so the evening came, and I returned to my hotel to ponder the evening. There really isn’t a place that I know with so much choice for dining and entertainment. I was early last night, but with jet-lag now behind me, I am going to seek some live music and lose myself in the maelstrom of thoughts that are jostling for position and acknowledgement in my head.