Tourism is a very, very complex industry that has been designed to look simple.

Hundreds of interlocking components come together to deliver the illusion of the simple life. The image of azure seas lapping against yellow sands patrolled by Beautiful People carelessly shaking their hair takes a great deal of work. 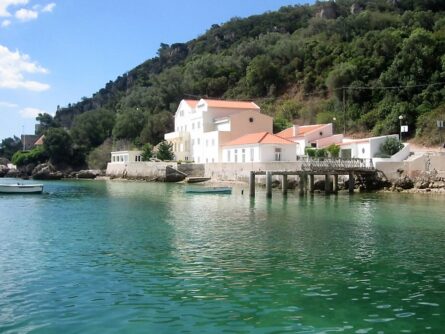 A simple vacation requires airline seats, transfer vehicles, hotels and restaurants, attractions and a great deal of food and drink. Add the vast army of people needed and a stupendous amount of capital, you have the tip of the iceberg.

These Dark Days of Covidry have hit the tourism industry possibly harder than any other. Millions of people are out of work, facilities worth billions of dollars lie unused, capital invested sees no return.

And least one thinks too scathingly of those capitalists, remember that the money that is earned keeps your pension solvent.

Governments around the world seem to have dismissed the concerns of business as self-serving. They have generally taken the view that businesses are a little like cars: simply put them away in the garage and when they are ready you can bring them out again.

Airlines need passengers. Hotels need airlines to deliver passengers; everyone needs coaches to shuttle them between airports, hotels and attractions. Restaurants need diners and the food industry needs a reliable demand to justify their investment of supply. Even pickpockets need dopey marks.

As each of these elements became crippled during the past year, the industry has been immersed in attempting to determine when and if the industry will rebound. And the answers are not simple at all.

Travelling these past two weeks in Europe have been instructional. I travel extensively and feel extremely comfortable in the travel environment. Airports, hotels, rental cars and local guides are my natural habitat. Yet on this trip, I have felt uncomfortable.

Maneuvering the thicket of regulations for travel is daunting. Each jurisdiction has their own rules and they change with alarming frequency.

There are reasons for this chaos, of course; in general health delivery is a function delegated to secondary and tertiary levels of government. These are competent people, but completely unused to operating in the multilateral environment that controls global movement.

Rules are laid down according to nationality, by residence, by point of origin; they are applied differently depending on how one crosses a border; some require tests (some molecular and some “lateral flow” [whatever that is]) and some require proof of vaccination. In a format that is generally readable.

People are reluctant to travel. Some are like me; many are not.

Travel often involves countries whose covid defenses fall far short of those in North America or Europe. In some, like South Africa, the pandemic has released the pent up fury that inevitably leads from economic inequality, a fury that will certainly deter visitors. In others, the virus is simply out of control, and regardless of one’s vaccination status, travel to these countries will not return for some time yet.

This, of course, leads to issues with airlines. Without the lucrative long-haul routes, the major global carriers will shrink. Choice, for those who want to travel to destinations that are perceived as safe, will diminish. The critical mass of tourists, who we may well have viewed contemptuously in the past, will not be there to offer the necessary volumes to support the industry.

As I look south from my perch in France, I see the Spanish coast stretching from the French border to Gibraltar. Almost every square inch is devoted to tourism. Villas, hotels, bars, golf courses, swimming pools, restaurants and airports line the coast. And they remain in a coma. Will they emerge? Who knows.

Tourism is an industry that touches us all It is a major employer and a major income generator globally. We have become dependent upon it.

I will be in Spain in a few days; I want to see first hand the situation in Barcelona and the Tarragona coast. Then I have a night in Mainz; a modest German city, to be sure, but it is the modesty of so many destinations that hide their true dependence on people moving around.

Governments rarely take tourism seriously. Perhaps deluded by the illusion of simplicity that the industry has thrived upon, support is fragmented. Tourism is a very difficult industry in very difficult times. To revive, it will require thoughtful, insightful and consequential support.

There are “green shoots”. From what I have seen, and from the forecasts that I read, I suspect that the industry will undergo a powerful shrinkage. With luck, this shrinkage can be managed. As I recall from my years in business, it is far harder to manage contraction than growth.