Although this tour was operated in 2016, I am always ready to head back and explore the Soviet Legacy in Georgia again. It is a fantastic juxtaposition with contemporary Georgia, and if this itinerary is of interest, contact me and we will see about operating again in 2021. send a note to me at max@maxglobetrotter.com

Sixty-five years of occupation by the Soviet Union has left an indelible impact on Georgia. A fantasy economic system, archaic infrastructure and deeply peculiar and repressive social systems are now being erased, but their legacy lives on.

This unique tour program aims to introduce visitors to some of the more obvious of these legacies; bizarre cable cars, crumbling factories, Soviet-era health resorts and more. It is a fascinating glimpse into the near past, and a reflection of an economic and political system that leaves many scratching their heads. Join us to look back at this fascinating period of 20th century history.

Day 1: Arrival in Tbilisi, and transfer to Betsy’s Hotel. Arrival times in the Georgian capital may appear slightly eccentric, with many flights arriving between 0200 and 0300. Your rooms will be available from the afternoon of September 23rd,and you will be met and transferred to the hotel regardless of the arrival time.

Day 2: Following breakfast we will explore the historic part of Tbilisi; we will walk in the old part of the town visiting the bath house area, Narikala castle and Maidan Square. Later we will visit the Tbilisi Metro for a ride towards Soviet part of Georgian capital where we will visit buildings built in late 1960’s and 70 ‘s as massive residential blocks. After lunch we will head to the National Museum of History which includes an exhibition of Soviet Occupation dedicated to the victims of Soviet regime. Dinner will be at the Funicular restaurant built in 1930’s

Day 3: This morning we will drive to Gori, the birthplace of Joseph Stalin. The centerpiece of the town is the Stalin Museum; here you will seethe house where he was born, the train carriage he used during the WWII and the massive museum building where a variety of memorabilia are kept.

After the museum continue trip towards Chiatura, an industrial town in west Georgia. Important due to heavy manganese production, Chiatura has been heavily industrialized. The fascinating cable car system has not been touched since 1954. Brave ones in the group will be able to enjoy a ride in one of the metal cable cars. We will continue towards Kutaisi and stay overnight at the restored soviet naval officers’ spa at Tskaltubo.

This unique building is being slowly restored, and we have the opportunity to use some of the spa’s facilities. They are interesting, some might suggest that they border on the eccentric, but offer a fine interlude and a peek into the Soviet ideas of recreation. 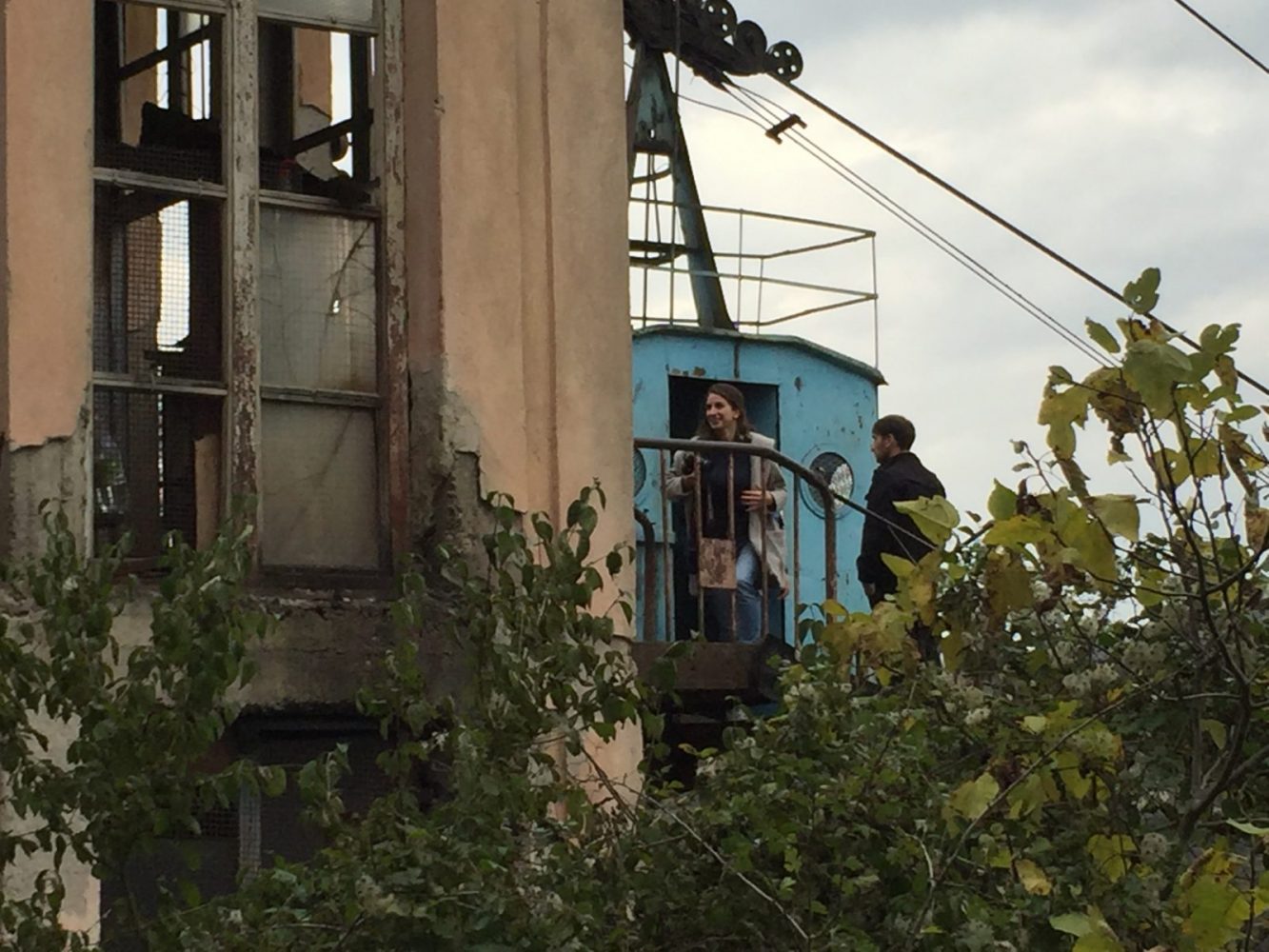 Day 4: After breakfast we will tour the Tskaltubo resort. Founded in 1925 the town was one of the very first resorts built in the Soviet era. Numerous hotels and sanatoriums were built during first half of the 20th century, and they became one of the most popular elements of Soviet Health Tourism among all levels of Soviet society. Some of the buildings have been abandoned after 1990’s but they still have amazing charm. We will visit couple of these former sanatoriums before returning to Tskaltubo for our overnight stop.

Day 5: In the morning we will head towards South Georgia; after short drive and couple of stops, we will arrive in Borjomi, another famous resort. Borjomi is a charming town that sits on the green slopes of Lesser Caucasus, with 65 % of its territory covered by forest. The main attraction of the town is its thermal waters. Ancestors of present Georgians knew the positive qualities of these springs and used it for medicinal purposes. The waters became popular for Russian Empire in late 19th century, and the government began building palaces, parks, public gardens and hotels to accommodate incoming tourists and patients. Renowned figures such as Anton Chekhov, Pyotr Tchaikovsky as well as members of the royal Russian family were among the common visitors of the springs. We will be able to taste these waters and enjoy a stroll in the garden. We will stay overnight here at the Borjomi Palace Hotel.

Day 6: This morning we will drive back towards Tbilisi. Along the road visit Uplistsikhe,a spectacular ancient cave town dating from the first half of the 1st millennium BC. The famous “Fortress of God” is first mentioned in the chronicles of the 1st century A.D.

We will visit the cellar, taste his rare Chinuri wines and enjoy a delicious lunch cooked by the family. After short drive we are back in Tbilisi.

Day 6: We will spend whole day in Tbilisi today, and visit the Car Museum, with a small but fascinating collection of old Soviet cars. Lunch will be at a local restaurant and later we will visit the flea market, where many old and fascinating items of the Soviet period are sold by a myriad of street vendors. In the evening we will enjoy a farewell dinner at a the Azarpesha restaurant, and enjoy Georgia’s unique polyphonic singing.

This itinerary outline is a suggestion only, and suitable for either a small group tour or even to simply follow by yourself. For more information, and assistance with planning your trip to Georgia, feel free to call my good friends at Living Roots Travel in Tbilisi. They are specialists in “interesting” Georgia, and will be pleased to help design a perfect itinerary: tamara@travellivingroots.com