The Fantastic Pyrenees and Andorra

High in the Pyrenees lies the Principality of Andorra. Today we visit.

The Languedoc and the fabulous Pyrenees have a vast and exciting water system. I am not, I hasten to add, talking about domestic plumbing here, although that does have its eccentricities here in rural France, but the system of rivers and lakes that carry away the vast quantities of water generated by both normal rain and the annual run-off from the mountains.

Not thirty kilometres from here is a pass that represents the east/west divide; rivers and tributaries from one side eventually find their way to the Atlantic, from the other into the Mediterranean.

It is a division that lies considerably further east than I would have thought, but short of pouring dye into the water and waiting patiently for it to emerge, or spending weeks wandering the mountains with pegs and string, I have no way of disputing the claim.

However, one aspect of the water that I do know about is how much the rivers, and The Aude in particular, are used for all manner of sporting endeavours; one of which is odd in the extreme.

The activity is one that I would call “Escaping Plane Crash Survivor”. Driving along a gorge, glancing down into the bubbling river beneath and watching a dozen or so bodies, clearly obediently clinging on to their seat cushions and being washed toward the sea is an odd sight.

Countless flight attendants have advised to do this in the case of a landing on water, but I have neither considered it practical advice nor believed it possible until watching these poor sods churning down the river, presumably to be deposited with a thud on a crowded and surprised beach on the Mediterranean shore.

As a sport, however, it looks like fun, and carries slightly less danger than “canyoning”; this rather rash pastime involves dressing in a wet suit and helmet, jumping into the small river at the top of a particularly steep ravine and bouncing along it until one is expectorated by the seriously babbling brook at the other end.

Along with the more mundane rafting rides, or simply finding a gentle spot along the river to swim and picnic, it is astonishing how much pleasure the rivers give.

High up in the mountains, perched almost where the sky touches the land lies a truly odd country, Andorra, and that is where we are going today. It is independent; until 1993 ruled jointly, and feudally, by the Bishops of Urguell in Spain and the counts of Foix, in France the country is now a constitutional democracy and lies, despite its position, outside the European Union. 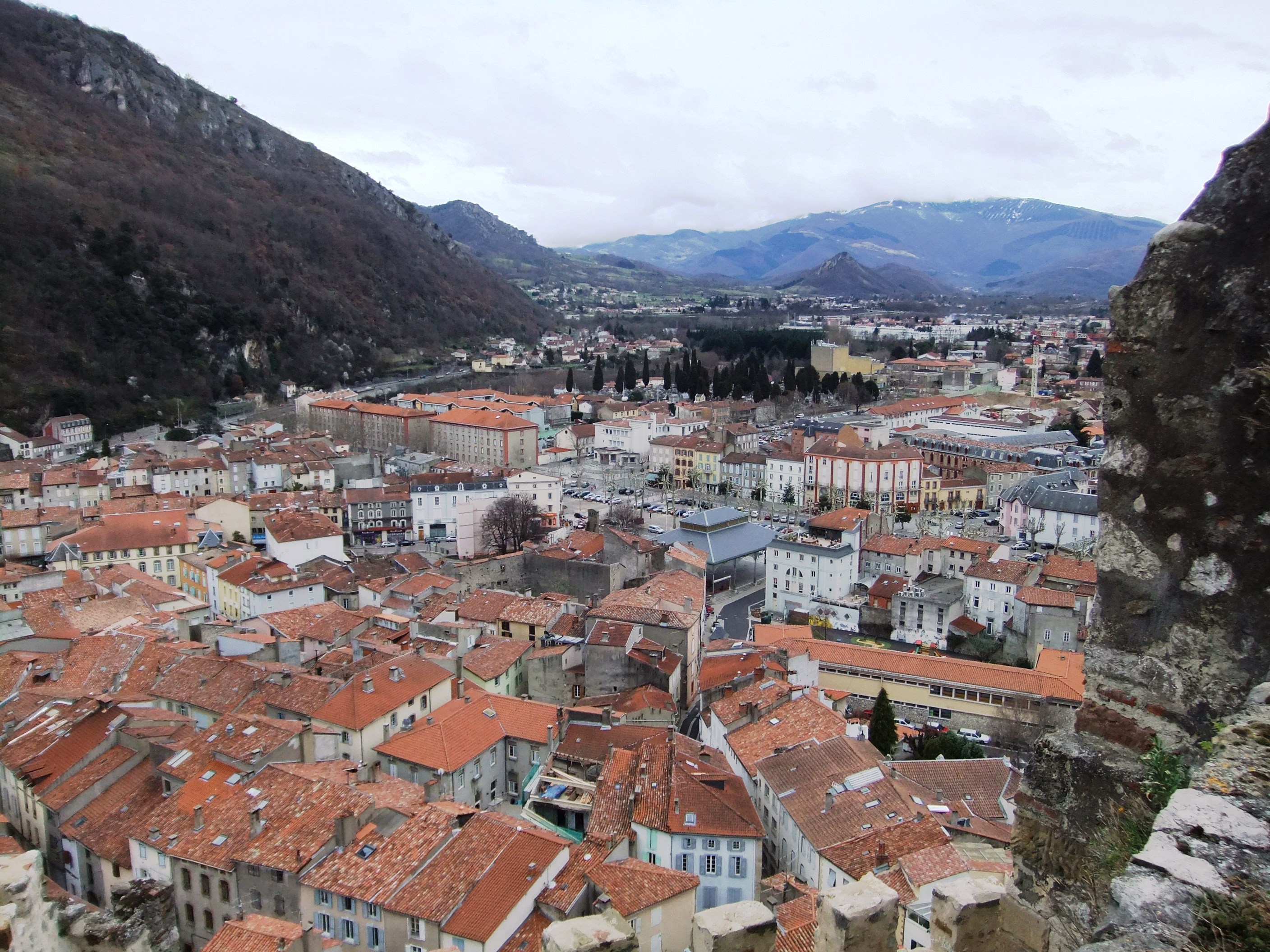 The population is about 60,000, with only about 10,000 native Andorrans, and their booming economy is based on tourism, with skiing leading the pack by a wide margin, and money. Lots of money; Russian accents are not uncommon there, and the shops in La Vella are clearly not of the Dollarama genre.

It is pretty interesting, though, and well worth a trip; certainly the duty-free shopping, and unlike airports around the world, it truly is so, is fun, but also wondering how a whole country can be prised into a Valley, and just how the buildings are actually stuck to the side of the mountain.

There is really only one road through the country with a few spurs leading into, but not over, the mountains, with one smaller road joining the towns of Canillo and La Massana. 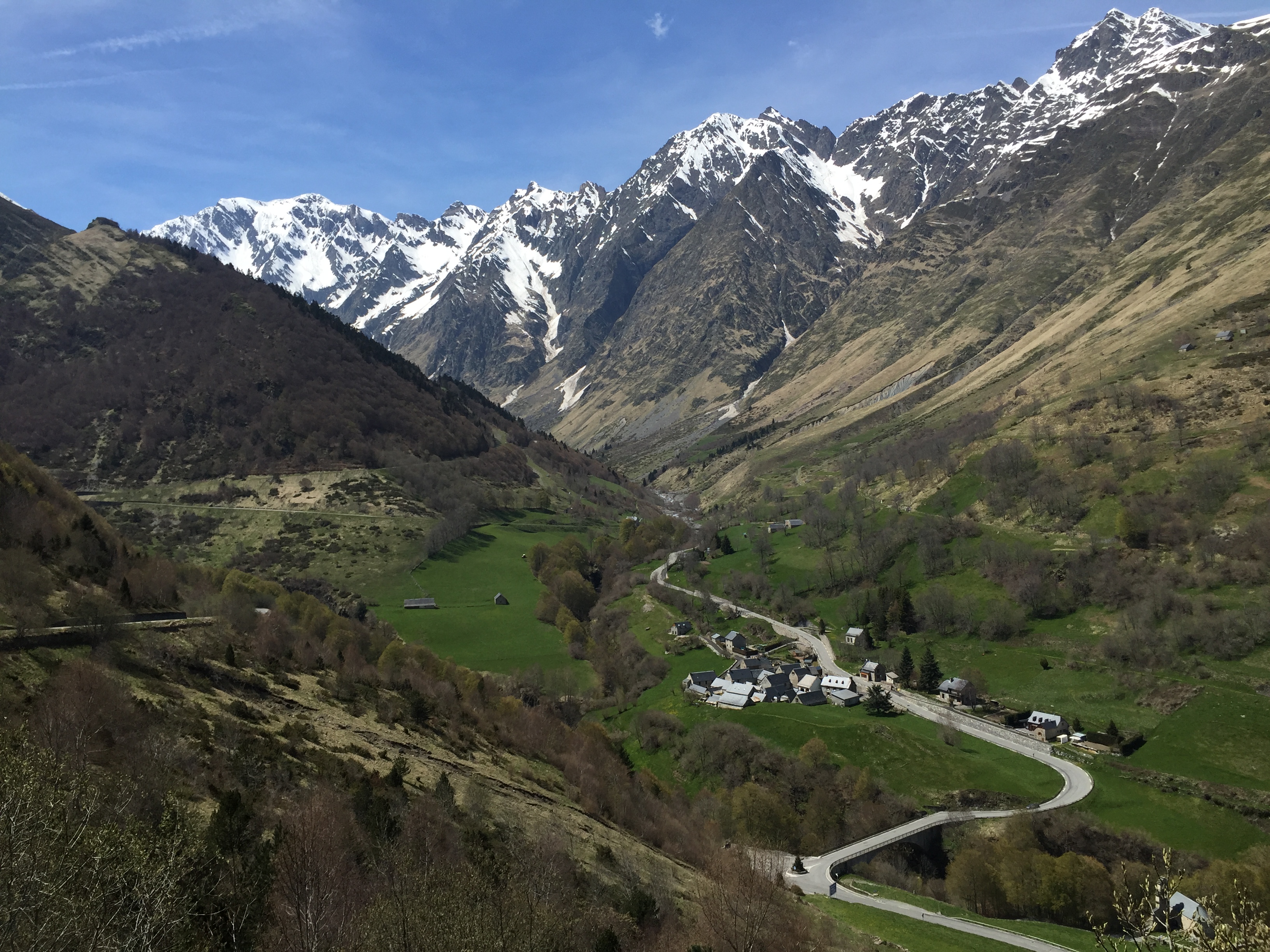 A road through the Pyrenees

For those interested in long-thin town planning it is a paradise, as it is for those with a passion for high mountain scenery, fresh air, and the relentless feeling that one is in a really rather odd place; and on the way in, should one stop at the police station in Pas de la Casa, they will stamp your passport!

More when we get back tomorrow.