Mauritania: Driving across the Sahara Desert

Mauritania for a two-week vacation, as the old joke goes, is not the First Prize in any competition that you might wish to enter. Mauritania for three or four days, longer, perhaps, for those with some particularly niche interests, is a tremendous opportunity and a very interesting place to visit.

We can’t all be experts; of course, the longer one spends in a destination the more accurately and perceptively one can write. However, three days travelling through this remarkable country is enough to gain an impression and an empathy for this raw, edgy place.

Let it first be said that I liked Mauritania; actually quite a lot. Not in the “Let’s buy a little vacation home here, Darling” way, but in the way of finding a piece of a missing puzzle lying before me. I had heard, read and spoken of sub-Saharan refugees, of the difficulties of life in the Sahel, of the power of shifting sands of the Sahara Desert, but now I had seen all of these with my own eyes. And the impressions are powerful.

Entering the country is a confrontation. After leaving Morocco, there is a dystopian, three-kilometer stretch of burned-out cars, trucks abandoned after their particular insurance fraud, land-mines, refugees living among this debris having successfully left Mauritania but denied entry into Morocco; it is a warped piece of land.

Mauritania is a tortuous nation; it lies mostly straddling the Sahara from the vast inland deserts to the dunes that try to push the Atlantic 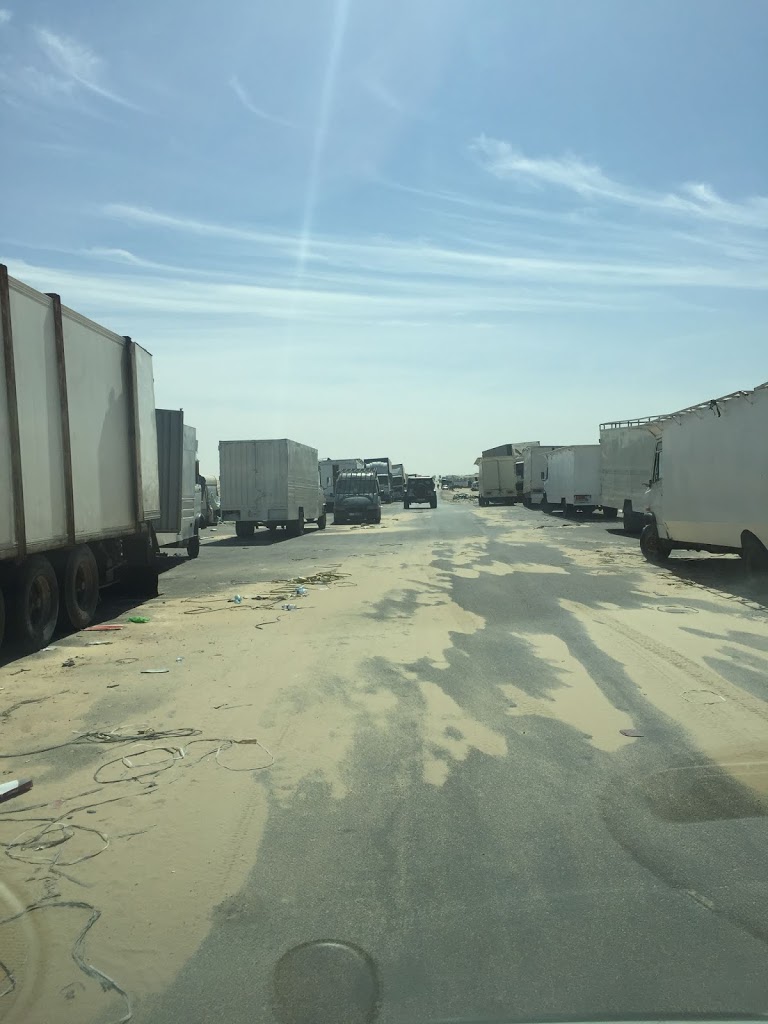 The languages, from Arabic to Wolof and the latent French of their colonial puppeteers blend and spread; the cultures of the culture, based mostly on family, clan and tribe still remain the bedrock of the country’s social fabric. In a land as apparently desolate and exacting as the Sahara, these ties bind and tie people closely over vast distances.

Driving through the desert there were signs of temporary encampments. Signs that the nomadic existence, so well suited to the environment, was alive and almost well. Camels, goats and dust wandered and lived along the roads defying the ever-blowing sand.

To coin a phrase, “The answer, my friends, was blowing in the wind.”

Who “owns” the desert? Whose land is marked by a shifting surface? Where can people live?

Those questions, answered by a curious and no doubt divisive confrontation between the traditional and established custom of the region and the vast power of the multi-national mining interests and their brutal financiers. 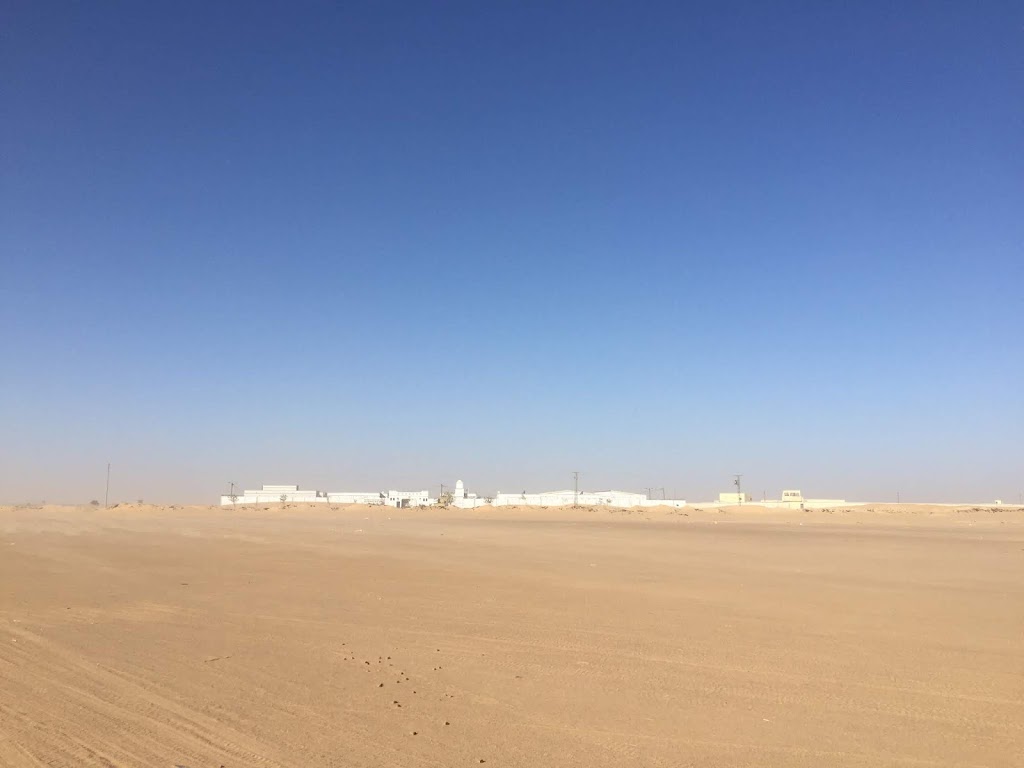 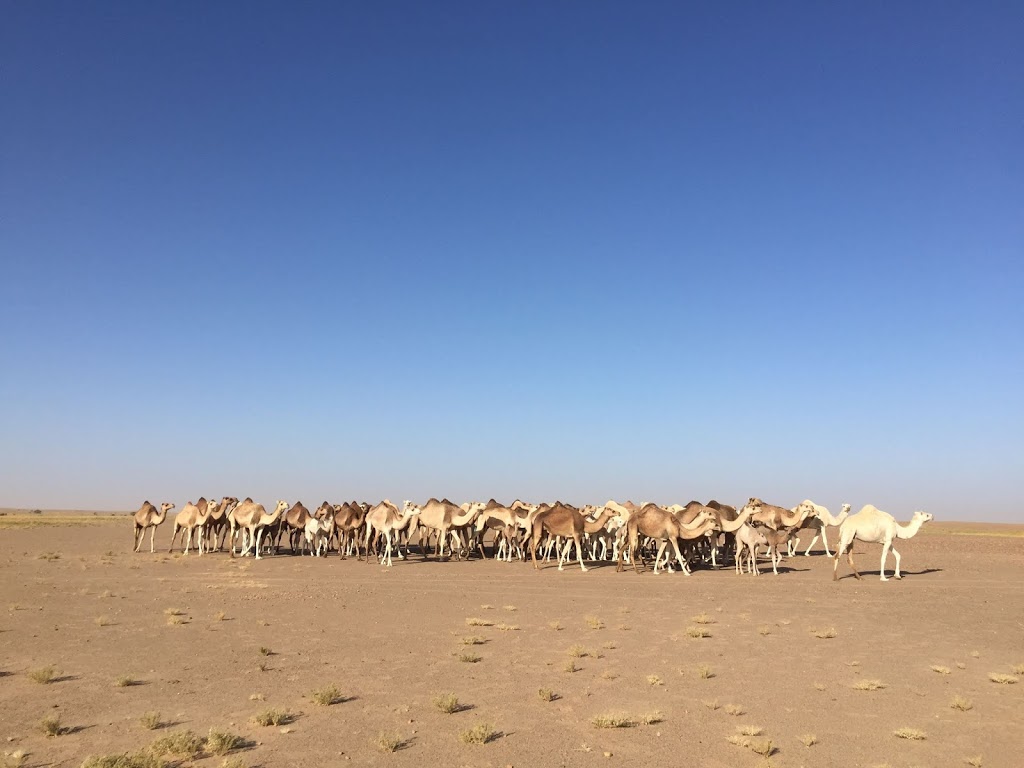 It is a region that makes sense of belief; a belief in a better future beyond the bitter desert winds and their capricious whims. Life in the desert is harsh; the weather bitter, the landscape austere but life for those lucky enough to enjoy family, tribe and clan can be secure. Life, punctuated five times each day with the call to prayer that binds the national community may not be one that westerners could enjoy, but we were not supposed to enjoy it. 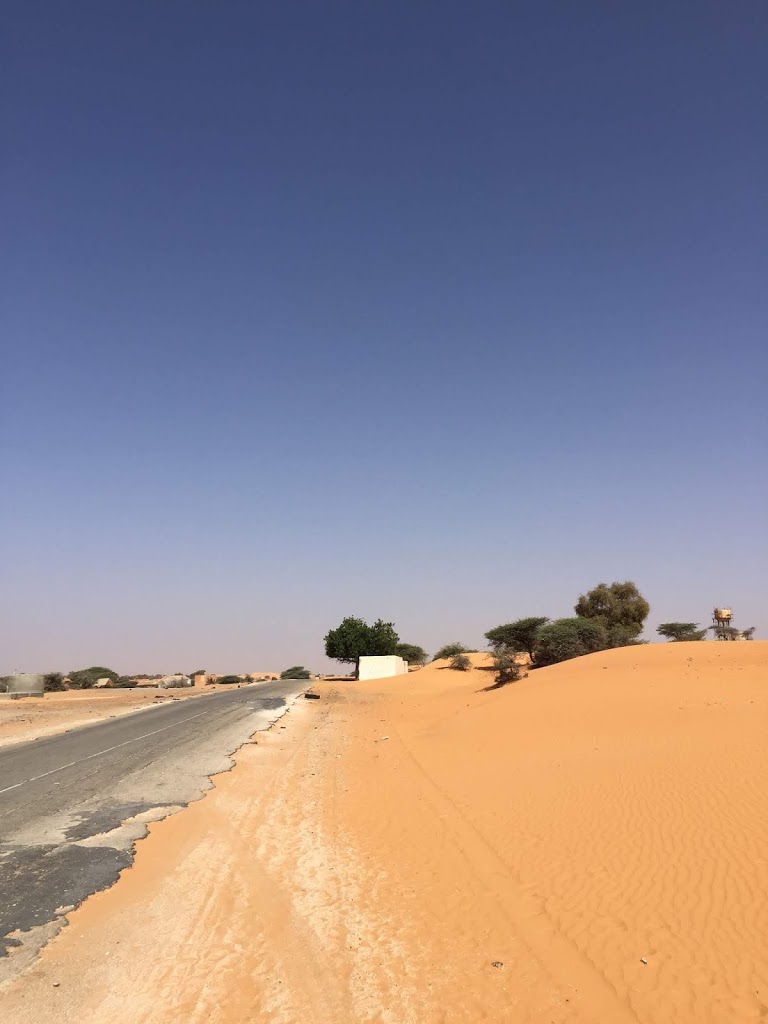 Travellers are welcomed deeply; we are treated with respect, kindness and care. Even a little wonder. As a visitor to Mauritania, although warned before arrival of the dangers of brigands, and the potential of being kidnapped (€30,000 was the probable ransom that was advised), I never felt in any danger. I was annoyed, irritated and even exasperated, but only when I felt my own interpretation of an event to be superior to the local idea. In a land of such complexities, and a life determined so completely by the bleak, harsh Sahara, I really had nothing valuable to add.

After time in the desert, driving past the iron-ore train, appreciating that there were subtleties that I would never understand, I decided that I rather liked Mauritania. Or, at least, I felt a growing empathy for a country that in the wildest reaches of my imagination, I could not conceive.

Nouakchott, the capital, a city of some million folks came as a surprise. It isn’t a particularly beautiful place, in fact it isn’t really beautiful at all, but it is lively, contemporary and perhaps will operate as an economic driver for the country. The market, visited thanks to Google Maps attempt to help me avoid a vast traffic jam, was a wonderfully frenetic place, ad in ordinary circumstances I would love to have spent the morning exploring; it is a new city, only 65 years old, and in some ways an ugly, unintentional growth. In other ways, however, it represents the harnessing of the dynamic energy of the country, and the potential growth of both population and mineral wealth in the next decades will determine Mauritania’s future.

Perhaps a one-week stay in Mauritania would be a worthwhile prize. 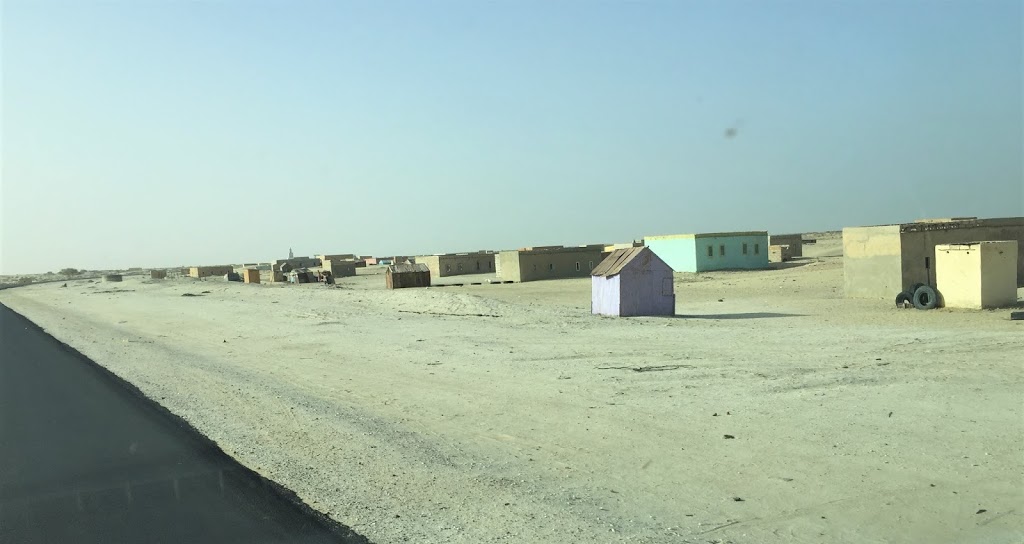 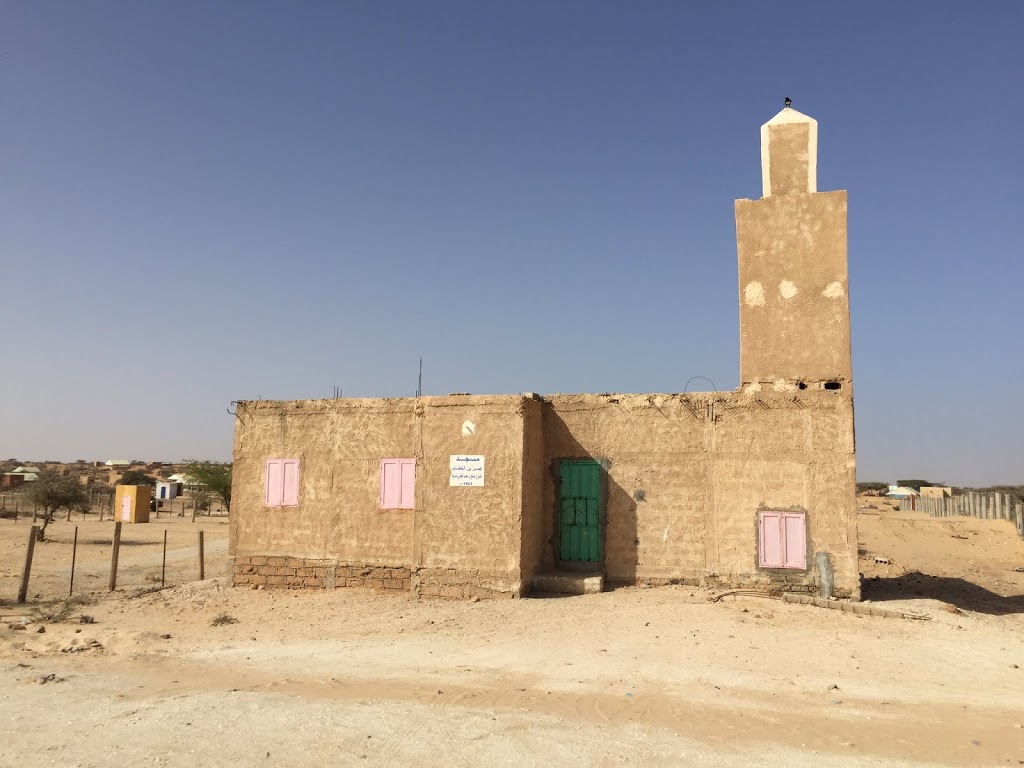 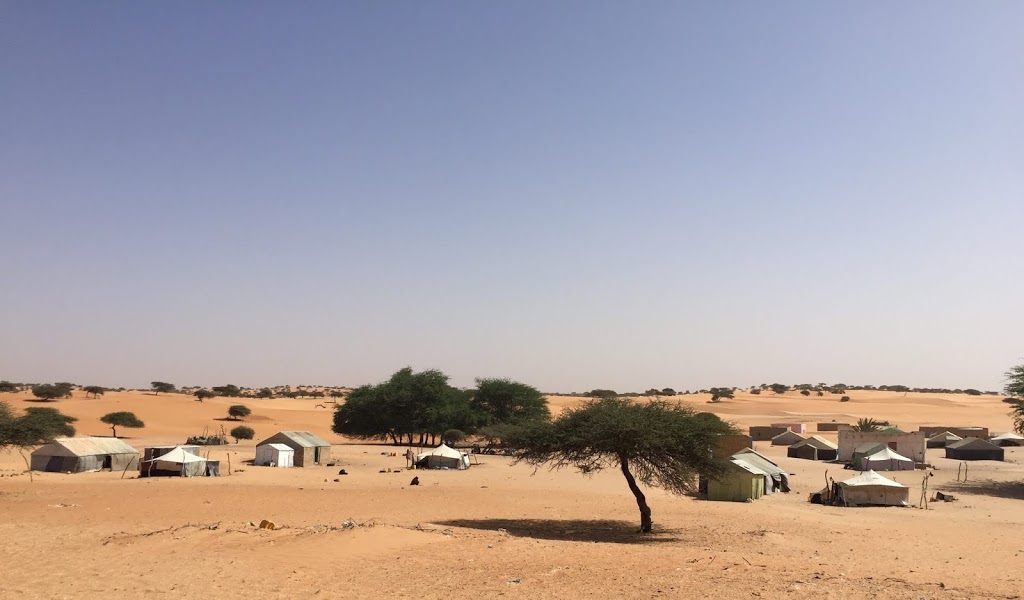 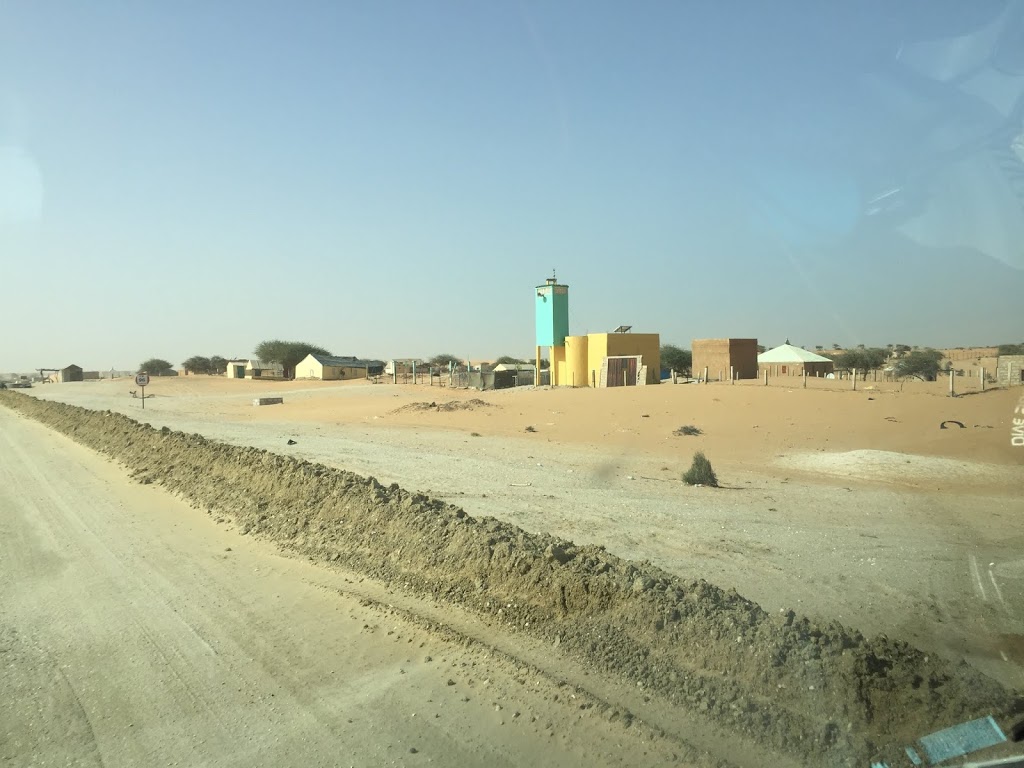