I am not quite sure why I find the post-Soviet countries so fascinating, but I do. Over the past ten years, I have visited all of those in Europe, except Montenegro, and it is quite remarkable how each has evolved since the end of the Soviet era.

Of particular interest to me have been the nastiest. Four weeks ago I visited Albania, and today, I am in Romania. So, accompanied by the interesting and knowledgeable Cristina Iosif of Unknown Bucharest, I set off for a primer on the communist regime of Nicolae Ceausescu, the dictator here from 1965 until the revolution of 1989. 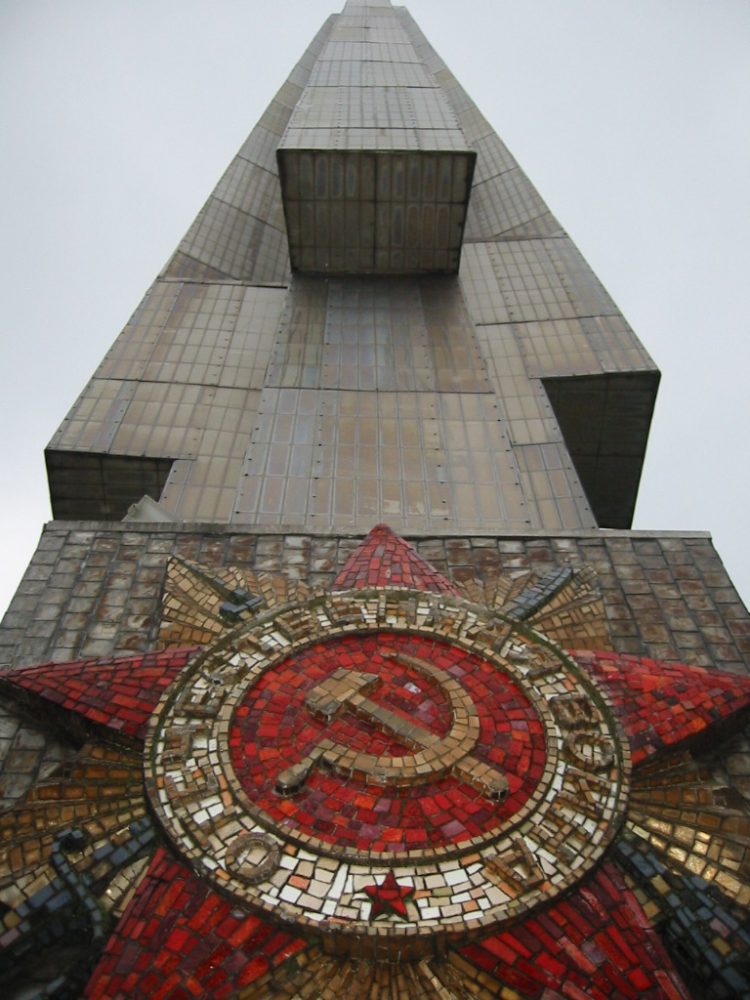 I had read fairly widely about the country, although it must be said that there is less available in English than one might want, and I was aware of Romania’s reputation for utter brutality, and its decades-long attempt to deceive the west into believing somehow that Romania was a “reasonable” country.

And whatever else Romania might have been, reasonable it was not.

Memories of the period were obviously painful for Cristina, and more than once, her eyes shone red as she talked about one aspect of life or another; yet she, herself, led a “normal” life during Those Years.

A serious chess player of international standard, the daughter of two working parents and self-described as “just an ordinary person”, Cristina’s insight was fascinating; not only in the detail, but more in the relaying and exposure of how people thought and survived under the megalomaniacal regime, and the reflections of ordinary life.

Surprising, in a way, but instantly understandable is that people simply lived their lives. To most, the working of their government was as distant as it is elsewhere, and because they knew no other way, their lives were normal. They went to school, played games, fell in love, built a life and went to work. That this was all some terrible façade was simply not thought about, and as such, life was tolerable.

There are actually remarkably few relics of the era, unless one includes the monstrous “Peoples’ Palace” and some of the other grandiose developments that saw the city of Bucharest lose its soul and heritage to provide space for these hideous, but fascinating buildings.

When asked about the lasting legacies, Cristina described the effect of the philosophy so intrinsic in the communist system of “Creating a New Man”, a phrase heard with minor variations throughout the socialist countries. In Romania, however, she explained how the legacy of this thinking was the creation of a society that is malleable and easily led to this day.

As she described the transition of power 1989, it seemed more like an explanation of a coup, and the emerging leadership coming directly from the entrenched security services still retain power today; it was difficult not to feel a chill.

A simple look at the city as one drives in from the airport or around the town shares a characteristic with so many developing countries, and belies any attempt to accurately seek statistical answers to economic questions. And it is simply this; for economic purposes the population is divided into two separate and parallel sets: those with access to hard currencies and those without.

It is almost as simple as that. As goods flood into the now open markets from The West, they need to be purchased with hard currencies, or at least their nominal equivalent. Those fortunate enough, for example those in the tourist industry or involved with exports have Euros and Dollars and can play the global game. Those who don’t have access cannot do so.

So superficially, the capitals look like thriving cities, but dig only a little deeper, travel only a little way from the hub of government and a completely different picture will emerge. It is one of poverty and pain, and it will take generations to erase.

It is quite fascinating to see the legacies of the soviet era; the construction, the utilitarian nature of life, the public art (a disclaimer here; I am fascinated by Soviet bus-stops, and am planning a photo safari to capture some of the best in the region at some point!) and the general ambiance are so different from those of the west.

Distinguished by the vast economic and social difference between the nomenclature, intellectuals and high government and the rest of the population, it is a sobering perspective of how imbalanced communities can become if the unequal access to resources and incomes is allowed to grown unchecked.

Romania is a captivating place, and a country that deserves extensive exploration. It is a country more than many that despite outward appearances is still locked in the past, and is finding it harder to shake off the discipline of the past than one might imagine, but as only a casual visitor I was fascinated and look forward to returning and exploring in depth.

Exploring the deep countryside as well as the cities would make a most interesting expedition.