United Airlines over booking their flight, UA 3411, opened a
difficult and messy can of worms. And not before time. 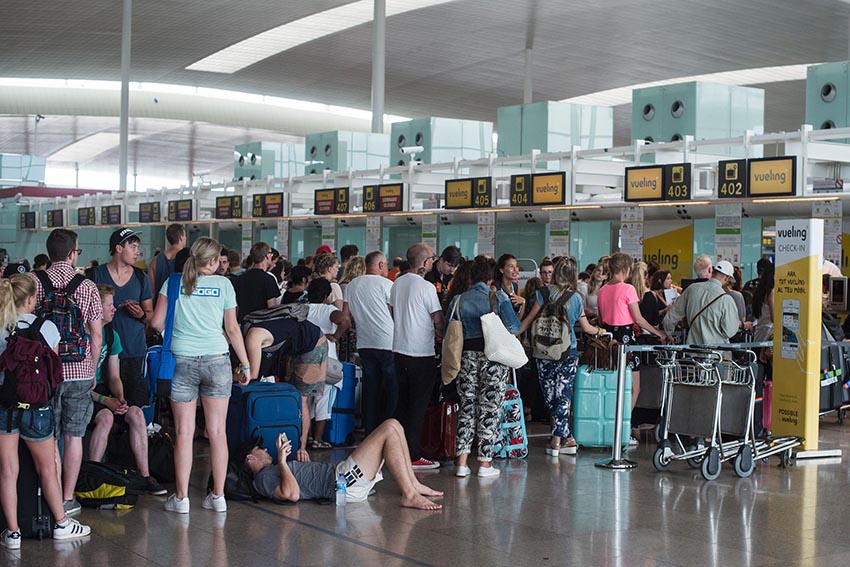 The United Airlines incident is a most instructive situation, and one that has drawn a number of issues to the public’s attention. I worked in the airline business for many years, and am quite aware that any transaction between an individual and an airline is the single most one-sided agreement that is ever voluntarily entered.

First, we should ask ourselves why that is. Airlines are commercial behemoths that grew from state-owned or state-controlled entities into private businesses; they brought with them a common view of their own unquestionable authority and have been allowed to develop this deportment unchecked.

Consumer protection in North America is weak to non-existent. Partially as a result in the separation of responsibilities between federal governments and state/provincial bodies in an industry that was not foreseen by our respective founding fathers. Simply, there is no consumer protection in this industry at all.

Why airlines use overbooking

Overbooking is a scourge for carriers that do operate on extremely thin margins. It is, however, a problem that has diminished considerably since the 1990s, and the introduction of e-tickets, which at their core are the marrying of a reservation with money, have reduced the majority of travellers’ attempts to hold several simultaneous bookings.

All airlines have specific flights that were subject to wild overbooking; Northwest Airline’s Friday evening Minneapolis/Winnipeg flight offered 120 seats; regularly they would book over 200 passengers and still leave with one or two empty ones.

A function of business travellers booking four or five seats to come home for the weekend, and then picking the right one when their schedules clarified. E-Tickets have reduced this sort of behaviour considerably.

However, airlines do overbook, and it is in the resolution of the problem that we are finding ourselves today. United appeared to try a little bit, and then quickly resorted to the contemporary tactic of dealing with commercial issues, and brought in the heavies.

This was completely wrong. While the passenger’s blood curdling scream may have been a touch theatrical, but I have no idea what was going through his mind at the time, this was not a satisfactory way to resolve what was a simple commercial issue.

United overbooked simply to maximise their revenues; fair enough. When presented with an over booking situation, they should have continued the “bidding” process, offering increasing inducements to passengers until one or two were persuaded to accept.

The story indicates that they tired of this process at $800 and called “The Boys”, but has they risen to the heady heights of $1,200 – 1,500 they would have found somebody willing to change.

It was, after all, their gamble that failed to pay, and adding a few dollars to encourage a change of plan would have worked; I have seen this before.

It is the quickness with which airline employees will hide behind the excuses of “security”, “our terms of passage” and “operational requirement”. “We have the right to ….”, they intone, and indeed they do. But having the right to disembark and client and bringing in a horde of unthinking thugs to haul them off an aircraft are poles apart.

It is also interesting and no less concerning that Air Canada in the past month have defended passengers finding themselves on “Stand-by” when a confirmed seat has been purchased by glibly intoning “a reservation isn’t a guaranteed seat”. Oh no?

When did this change, and how many clients know that buying the most economical confirmed seat that an airline sells is only a “stand by” seat?

Now defending overbooking may be hard yet justifiable, but turning the problem back to the passenger, and indicating that simply because they had paid the lowest fare (a price offered in exchange for a service), they deserved to be bumped is simply outrageous.

And this is worrying.

If this answer, of robust and haughty dismissal of any complaint, becomes acceptable, then logically airlines will and can sell increasing numbers of seats by simply waving the (massive) rule book at clients duped into thinking that a cheap seat was a great way to get home and see the family for a weekend.

“Sorry folks, but the regulations allow this, and I have you rerouted via Plonksville and Tarabang. You will get home in a week.”

This is a serious matter.

Is there a solution to overbooking?

Airlines need to overbook to protect their margins and maintain profitability in a very difficult industry. However, when they lose the gamble and are faced with denying passage to their clients, they should stand up to the plate, pay whatever it takes and face the consequences of their actions.

Resorting to the use of law enforcement officers to enforce the results of a commercial decision is a very disturbing pattern, and one that government agencies charged with protecting the interests of their constituents (and not simply their financiers) need to address.