The North Pole – Helicopter, Ski or Hike from the amazing Camp Barneo

Quite why tourist would want to visit the North Pole is open to debate,
but each year a few hundred hardy souls head to the eccentric
Camp Barneo to continue to The North Pole.

Folks want to reach this point of some geographically importance, but little social value. They arrive by foot, well actually on skis, by dog team, on ice-breaking ships, by helicopter and aircraft and even drop out of the sky under parachutes. 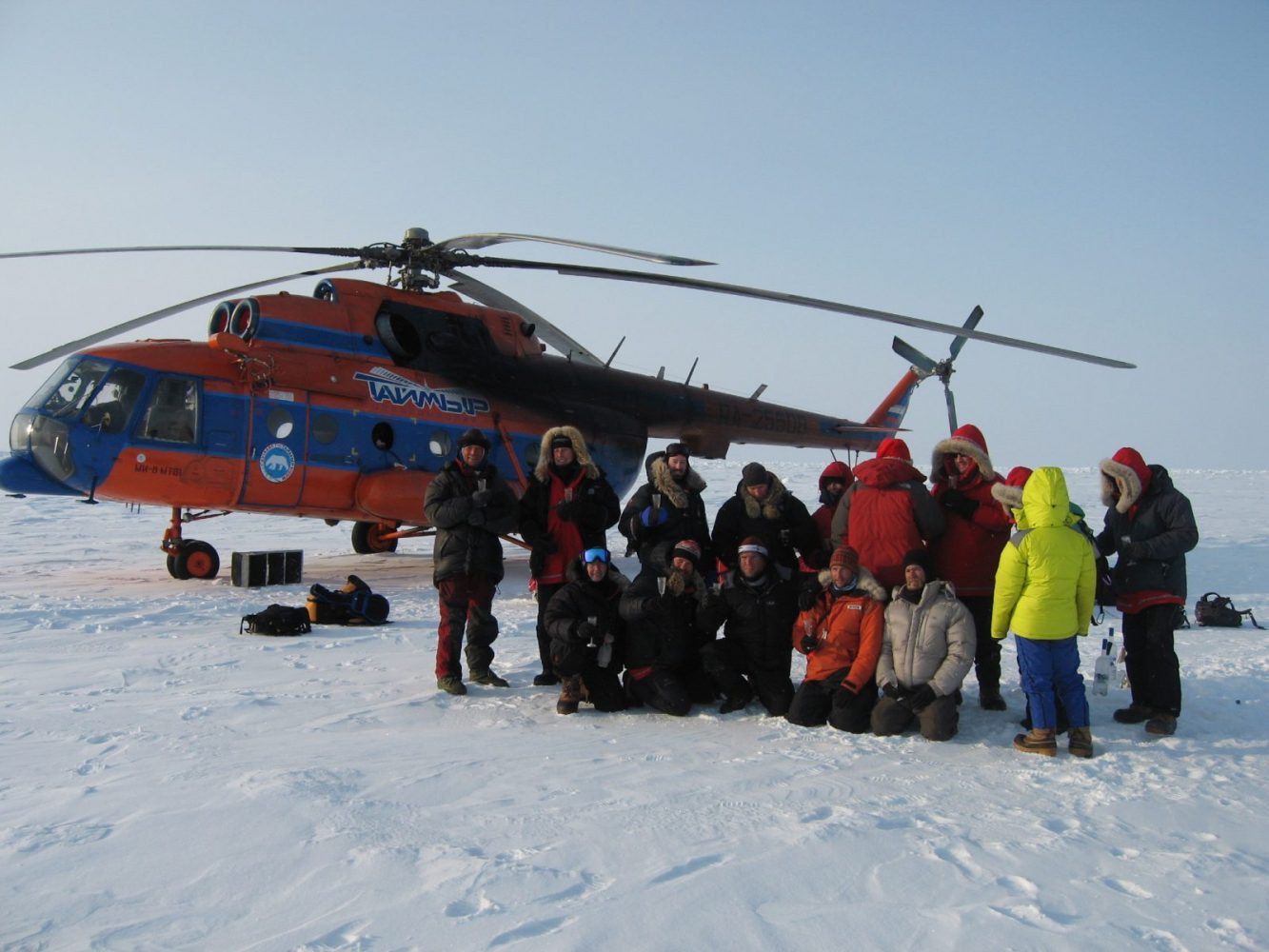 The lure of landmark destinations is strong, witness the curious crocodile-lines of climbers conquering Mt Everest, and the North Pole is a marquee destination; a very significant tick on one’s bucket list.

The choices, however, are diminishing fast. One of the Canadian airlines that used to offer complex and difficult flights to the Pole have announced that they will no longer fly tourists, blaming warming weather and increasingly slushy landing surfaces.

This claim seems to be repudiated by the Russians who offer a spectacular operation from Camp Borneo, supporting a significant number of polar assaults.

Russian ice-breakers that have carried tourists on two or three sailings each year are being brought back to serve in their original capacity of breaking ice, and within two seasons, there is like to be only one option for the intrepid, and well-heeled who what to drop into 90°N.

Reaching the pole seems to be a goal for the obsessed; while obviously money is a very significant factor, those who reach the top of the world do come from all walks of life.

The wealthy rub shoulders with the obsessed at Camp Barneo (so named, it was confusingly explained, to distinguish it somehow from Borneo), as several dedicated skiers launch out on their challenge to reach the pole by their own power.

The journey is amazingly variable; although the camp starts at roughly 89°N and 100°E, it is floating, and during the 24-day season, it can move from 60 miles from the pole to over 150 miles. The skiers and those attacking the route with dog-teams need to know that they don’t know just how far they will have to travel.

The general idea is to travel the “last degree”, or sixty miles, under one’s own power, but one simply never knows.The Pole brings out the truly eccentric in its visitors. Some choose to dive under the ice, some jump out of helicopters and gently float to the ground.

The games and activities that visitors dream up and enact certainly cover the spectrum of imagination.

Why on earth anyone would want to run such an operation is also a very good question, and when I met the director, Victor Boyarshy in St. Petersburg last week, he was equally perplexed. “We have run this camp since 1993”, he said, “and it seems to be interesting”.

It is an extraordinary achievement; everything has to be flown in and flown out using the rather extraordinary Ukrainian aircraft, the AN-74 and flexing this versatile machine to its maximum.

Starting with the initial survey-helicopters who each year seek out a suitable area for the camp, the initial runway-clearing equipment is brought in and the strip, 1000m x 60m established.

The camp opens in early April, before that it is dark and too cold, and by the end of the month, the leads in the ice make any sort of structure unfeasible. It is a very short window, and one that seems to be increasing in interest every year. Travelers need to book well in advance, and with prices starting at around US$20,000 plus flights, it probably requires some pre-planning for most.The camp is exciting; new connections are being discussed, more visitors are expected and as peculiar as it sounds, the North Pole is starting to make it off many folks bucket lists!

If you are interested in visiting this amazing outpost, feel free to contact me (max@ttjtourism.com) and I will be happy to put you in touch with the right people.